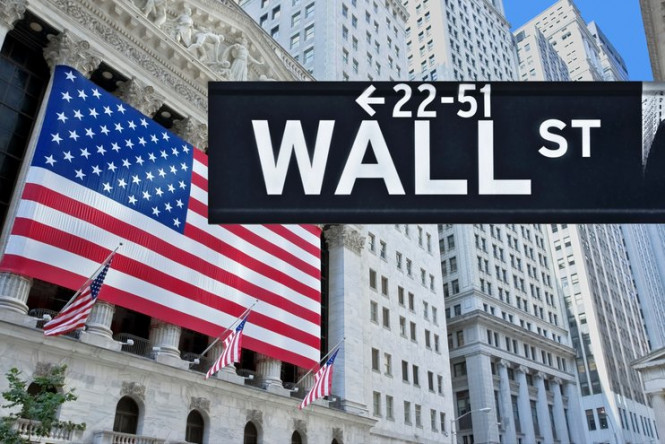 On Friday, US stock indices closed with a slight fall, showing quite varied changes.

CVS Health Corp., a US pharmacy chain, also reported an increase of 5.8% following the appointment of Karen Lynch as CEO, in which she will succeed Larry Merlot on February 1 next year. Aside from that, CVS Health also reported revised third-quarter earnings and improved annual forecast.

At the same time, quotes from cosmetics and perfumery manufacturer, Coty Inc., grew by 22.2% due to the receipt of unexpected adjusted profit in the 1st quarter.

Famous chocolate maker, Hershey Co., also saw an increase of 3.3%, to which analysts attribute to the receipt of adjusted earnings of $ 1.86 per share, against a forecast of $ 1.74 per share for the 3rd quarter. In addition, the company’s revenue reached $ 2.22 billion, contrary to analysts’ expectations of only $ 2.18 billion.

Stocks of Uber Technologies Inc. also grew by 6.9%, despite the fact that from July to September the company recorded a net loss, when its revenue exceeded even the most daring market forecasts.

It seems that amid the uncertainty over the US elections last Friday, investors were feeling rather positive in the hopes of maintaining a Republican majority in the Senate. For many investors, the market will be more confident with a divided government, as well as in an environment where major changes in tax policy will be impossible.

However, there is still a chance that Democrats could gain advantage in the Senate. It is quite obvious though that investors, although counting on Biden’s victory on the elections, want a Republican Senate.

The positive mood of the markets last Friday was also influenced by the results of the two-day meeting of the US Federal Reserve System, which ended on Thursday. The regulator decided not to change its monetary policy and announced the ongoing recovery of the US economy.

To add to that, the US Department of Labor said the number of jobs in the US economy increased by 638 thousand in the past month. Thus, the unemployment rate fell to 6.9%, compared to 7.9% in September. At the same time, experts predicted an increase in the first indicator by 530 thousand and a fall to 7.6 % in the second.

And if, on the one hand, the return of Americans to work gives hope for an early economic recovery, the increase of new COVID-19 infections could provoke another wave of restrictions, which will further accelerate the transition to a digital economy, as well as become a reason for taking state support measures.

In any case, while the US stock exchanges are in a lull in anticipation of changes, the major stock indices of the Asia-Pacific region grew quite confidently on Monday morning, especially amid optimism from the results of the US presidential elections.

As for the Nikkei index, which demonstrates the dynamics of stocks of 225 leading Japanese companies, an increase of 1.18% was seen this morning, reaching 24612.71 points in the last 29 years.

These leaps happened when several television stations in the US declared Joe Biden as the new President. And subsequently, Biden himself confidently announced that he was President-elect of the country.

As such, Asian markets celebrate the elimination of long-term uncertainty from the race, and in addition, analysts have assured that, in the event of a division of control over the US Congress (between Republicans and Democrats), the tax increase that Biden plans may be postponed indefinitely, which will give a new impetus to the growth of stock markets.

At the same time, experts fear that in the near future, the markets will focus on the upcoming stimulus package in the United States, as well as tighter quarantine measures aimed at curbing the stubborn spread of the coronavirus. To date, the total number of infected people in the US is approaching 10 million, and at the end of last week, another record was reached – more than 126 thousand new infections a day.

Become a Real Estate Investor Like the Stars of HGTV for...

One of this year’s most severe Windows bugs is now under...

Logitech raises its sales forecasts 60% and soars in the stock...