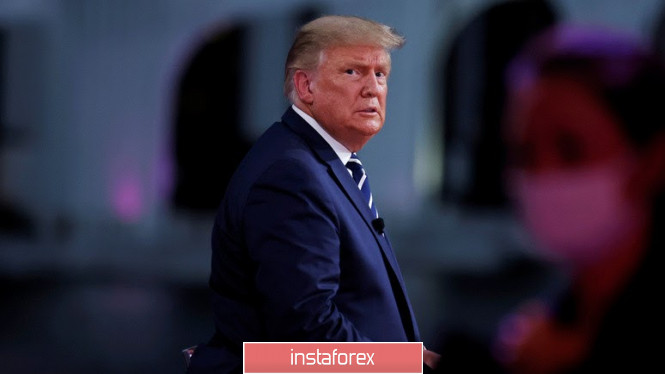 Trump has reason to be nervous: Biden is still in the lead

The United States continues to elect a president. No certainty on this matter yet. A couple of points added to Democrat Joe Biden, who, according to CNN’s statement this morning, is significantly ahead of Donald Trump in terms of votes. Biden has 1,096 votes more than the current president in the state of Georgia. But in the previous two days, Trump held the lead there. By the way, no Democrat candidate has won in this state since 1992.

However, this information can hardly add confidence in the outcome of the elections. The outcome of the race cannot be considered decided as long as the vote is still being counted in several important states.

But we must admit that Trump is no longer as confident in his victory as before. He is clearly alarmed by the lag behind his rival and does not intend to put up with his possible defeat. The day before, the head of the White House rushed to file lawsuits against the Democrats over the incorrect counting of votes in Nevada, Pennsylvania, Georgia and Michigan, as well as demanding to suspend the counting of votes. Trump insists that the current election results are clearly unreliable. He is sure that the wrong votes are being counted.

For example, in Michigan, representatives of the president’s headquarters noted that observers were unable to monitor the count of ballots. Trump demanded the elimination of violations and a recount of the counted votes. However, the claim was rejected. A similar situation occurred in the state of Georgia. And here the court also did not support the president’s demands for a recount of votes.

In Philadelphia, a federal court also denied the presidential headquarters a request to stop the count. Although it is worth noting that before that the local court went to meet the supporters of the incumbent president and allowed observers to approach those who are counting the votes. At the same time, Trump’s supporters noted that it was extremely difficult to follow the procedure, and they are not sure that everything was fair.

In Nevada, the president’s headquarters also announced violations in the form of counting “illegal” ballots and filed a lawsuit.

However, it is worth recognizing that Trump’s headquarters could not present any evidence, so it is not surprising that this kind of passage did not have any effect. On his Twitter, the president said he was going to file lawsuits against the authorities of all states, where Biden is now leading.

It’s hard to say whether the game is fair in the United States now. However, some facts make you wonder. So yesterday, Trump’s address to US citizens was interrupted by several American TV channels (MSNBC, CNBC, CBS, ABC and NBC), explaining that the president was spreading conspiracy data and was simply lying. These incidents can be viewed on Twitter.

The fastest in this matter was the cable network MSNBC, where, just 35 seconds after the start of the speech of the incumbent president, presenter Brian Williams said that he was forced to interrupt Trump’s speech due to its incorrectness. Prior to that, the president tried to convey to the audience that his victory would take place if all the “legal” votes were counted. He also stated that the majority voted for him in Florida and Ohio. However, the audience did not listen to the president to the end, because after the break, the TV channel never returned to broadcasting Trump’s speech.

The same incident happened on NBC. Host Savannah Guthrie interrupted Trump’s broadcast following his announcement of victory in Georgia, Pennsylvania and Michigan. Trump tried to convey to the audience information about the falsification of these elections. However, the viewers could not hear the continuation of the speech, as in the case of MSNBC.

The television channels CNN and Fox News distinguished themselves only by broadcasting the full speech of Donald Trump. However, this did not exclude open hostility. The caustic comments of the hosts are hard not to remember. The Fox News presenter noted the president’s words as unsubstantiated, and the CNN presenter called the speech of the head of the White House “pathetic.”

One way or another, due to litigation and recounts in individual states, uncertainty about the election result may last for a very long time. Until the day of the inauguration on January 20, 2021, Trump will be the president of the United States anyway. If the outcome is not approved before the inauguration, then Trump will have to step down and give up the chair in the Oval Office to the acting president. And recounts in a number of wavering states such as Michigan and Wisconsin are more likely. Experts are still inclined to believe that Trump will hardly be able to win through courts and recounts. In the United States, the practice of recounts rarely influenced the outcome of the elections.

Uncertainty about the outcome of the elections is not the only problem in the United States. The recovery of the country’s economy after the pandemic is also important. And this uncertainty is growing along with the rise in the number of cases of COVID-19 infections. A share of optimism is added by the fact that unemployment in the United States fell better than expected in October, it decreased to 6.9%, and the number of jobs in non-agricultural sectors of the economy increased by 638,000.

Yesterday, the US Federal Reserve kept its monetary policy unchanged. However, Fed Chairman Jerome Powell announced the need for additional fiscal and monetary support, without which the recovery of the US economy would be extremely difficult.

The dollar index, which tracks its exchange rate against a basket of six other currencies, was down 0.16% to 92.362.

Technical analysis of BTC/USD for January 28, 2021

Bucket List: Top 15 Best Things to Do in Florida Keys

Memphis Rapper Arrested After Bragging in Music Video About Scamming the...

Will Biden allow the dollar to set new low record?

Trading plan for EUR/USD on January 28

Forecast and trading signals for EUR/USD on November 27. COT report....