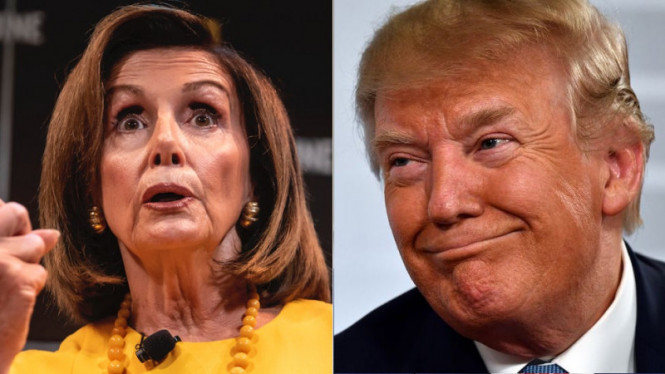 Yesterday, Fed Chairman Jerome Powell made a strong call at the annual conference of the National Association of Business Economics to implement a package of measures to support the US economy in the near future. According to him, further economic recovery depends on urgent financial support, and the restrained reaction of the US President can cause irreparable damage. In addition, he emphasized that the economic recovery should not slow down; in view of this, the measures proposed by the Democratic party are designed to speed up the recovery process and finally move interest rates from the lower limits of the range.

But apparently, such a completely understandable position does not resonate with US President Donald Trump – he did not support the proposal of House Speaker Nancy Pelosi to stimulate the economy by $ 2.4 trillion and postponed all negotiations regarding this until the presidential election is over.

This has clearly affected the US market. Stock markets collapsed, with the S&P 500 down by 1.4% and the NASDAQ down by 1.6%. Trump’s statement revived demand for defensive assets, while slightly lowering Treasury yields.

The inconsistency of what is happening is that just the day before, D. Trump recognized the feasibility of introducing new incentives and was ready to implement the planned deal, as proven by his recent messages on Twitter. Following his tweet, the head of the US Treasury Department, Steven Mnuchin, and the Speaker of the House of Representatives, Nancy Pelosi, were actively negotiating by phone.

It can be recalled that Nancy Pelosi is the third person in the US government after Donald Trump and Vice President Mike Pence. This woman is rightfully recognized as the most influential politician and at the same time, an ardent opponent of the current president. The confrontation between Trump and Pelosi has long become a kind of reality show. These two influential figures in the government rarely miss an opportunity to avoid exposing each other for illegal and defamatory actions. Trump called Pelosi an incompetent “third-rate politician,” while Pelosi openly criticizes the laws passed by Trump. The famous incident was when Trump ignored Pelosi’s outstretched hand at his speech in Congress. This time, D. Trump accused Pelosi that her proposal to support the US economy has nothing to do with COVID-19.

The White House administration, or, in other words, the Republicans, are planning to spend $ 1.6 trillion on stimulating the economy, and the Democrats, in turn, propose to allocate $ 2.2 trillion, which led to disagreements. The Democrats led by Pelosi were ready to spend $ 1 trillion on this, and Trump did not see this spending as an actual help to contain the pandemic, pointing out that Pelosi just want to allocate these huge amounts from the budget for Democratic leaders of States, which he thinks are doing a bad job. As a result, Nancy Pelosi agreed to cut the previously proposed amount of spending in half, however, the White House still did not approve this.

It is worth recognizing that, despite this unprecedented attack by all indicators of Trump, the market showed a decline, although not much. The yield on 2-year US Treasury notes was changed slightly yesterday at 0.147%. The yield on 10-year bonds fell by 1.9 pips to 0.741%, while the yield on 30-year bonds fell 2.8 pips to 1.537%. This is the most significant session drop in the indicator over the past month.

Analyzing Trump’s statement, many experts perceive it as a likely tactical course of negotiations, which aims to intimidate the other side, forcing it to make concessions.

Author and Speaker Cheryl Polote-Williamson Talks About The Roots of Her...

Getaway to Portland: An Insider’s Guide to the City

Trading plan for EUR/USD on September 10

Bank of America Gives $1 Million to 21 Different Colleges For...

Technical Analysis of GBP/USD for November 23, 2020

EURUSD. Central European Bank has designated the level of resistance