US labor market still too weak to hope for quick economic recovery. Overview of USD, EUR, and GBP

The dollar’s gain was halted by weak weekly US unemployment data. The initial applications for the week amounted to 851,000, which is significantly higher than the consensus of 773,000. But the recalculation of the previous week from 793,000 to 848,000 had an even greater effect. Weak data cooled both dollar bulls and provoked a sale of risky assets since it looks like the US labor market is in dire straits and is postponing its growth for a longer period.

The reporting week will be included in the monthly statistics, which will be published on March 5, and taking into account the severe cold weather in February, non-farms are unlikely to show good growth, which is a factor of pressure on the dollar.

The fact that the labor market is now playing a decisive role in forecasts for the pace of economic recovery in the US is indicated by such a factor as ignoring the data on import and export prices for January, which is super positive in terms of inflationary expectations. Both prices have increased markedly.

However, inflation expectations, contrary to a seemingly logical reaction, unexpectedly fell – the yield on 5-year inflation-protected TIPS bonds fell from 2.37% to 2.29% by Thursday evening, that is, business in a negative trend in employment sees significantly more risks than positive from outstripping forecasts of industrial recovery.

Nevertheless, despite the unexpected negative on the employment market, we regard the dollar’s outlook as quite bullish. Inflation expectations, after a short pause, will return to the growth trajectory as the cycle of rising energy prices picks up speed. Bond yields are growing, 10-year Treasuries have already risen above 1.3%, Thursday’s negative trend did not change this trend, sales in the bond market continue, that is, investors assume that the economy will continue to recover.

European indices are rising again after Thursday’s close in the red zone, but unlike the pound, the euro is much less likely to return to a bullish trajectory. Minutes from the ECB have bolstered confidence in the likely expansion of the buying program, Markit’s February PM reports look mildly negative, and bearish pressures will remain strong until Tuesday when the January inflation report is released.

The resistance at 1.2170 is quite high, while the euro is lower – the rise should be used for selling. The current position of the euro offers a good chance of a downward pullback, and if Friday’s CFTC report shows that the long position in the euro continues to decline, then the momentum may increase. We expect a decline below the nearest support at 1.2023.

The pound continues its triumphant march, which is supported by several reasons at once. Firstly, the pound is still a commodity currency in many respects, unlike, say, the euro, so it looks more convincing against the dollar during periods when the demand for risk grows in the markets. Secondly, as of Thursday, 16.5 million people have been vaccinated in the UK, which significantly increases the chances of an earlier opening of the economy.

Thirdly, even a strong decline in retail sales in January due to covid restrictions (-8.2% versus December 2020) does not affect inflation, according to NIESR estimates, inflation in January rose by 0.9% using both methods, with and without taking into account the new “pandemic” spending weights. 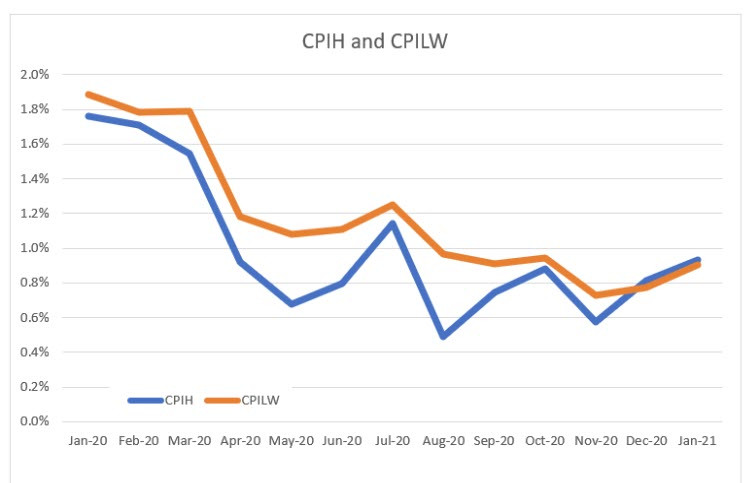 Bank of England spokesperson Michael Saunders noted that “the scope for lowering interest rates is very limited.” This comment is clearly bullish, with the outlook for a likely cut in BoJ rates decreasing every day.

In the previous review, we assumed that the pound is not holding back its growth up to 1.4375. This forecast remains in effect, there are practically no bearish factors. A downward rollback may be of a corrective technical nature and does not follow from fundamental factors.

Technical Analysis of GBP/USD for November 30, 2020

Technical Analysis of BTC/USD for October 14, 2020

EUR/USD: plan for the American session on December 28 (analysis of...

Analysis for GBP/USD on November 9. American statistics did not support...

Hilton Launches Flagship Brand in Clark with Opening of Hilton...

Lessons from MotivateMonday | What does transformation look like for your...

EUR/USD. “Castle in the sand” or hazy perspectives of dollar bulls

Trading plan for EUR/USD on March 2. COVID-19 is retreating. Euro...