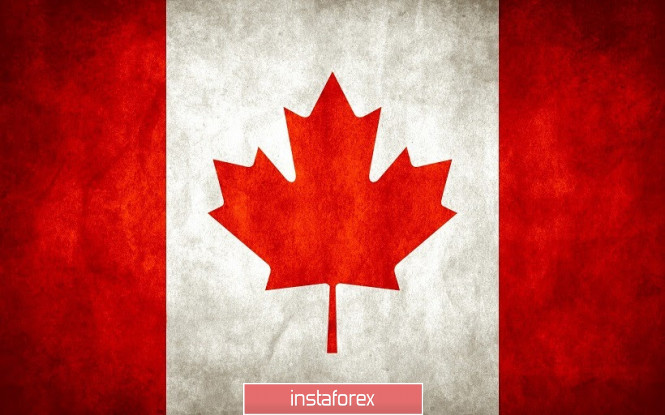 USD/CAD. Two tests for the loonie

The Canadian dollar paired with the American namesake can not determine the vector of its movement. By and large, this trend is inherent in almost all dollar pairs of the major group: traders react to the current news flow, but do not dare to make long-term investments. Therefore, after short-term fluctuations, currencies return to their previous positions. This pattern has been observed for several days, and the USD/CAD pair is no exception.

So, the loonie has been fluctuating in a relatively small price range since the beginning of October, the borders of which correspond to the levels of 1.3250-1.3310. All the ups and downs of the loonie are limited to this range. But the events of the next few days may stir up traders, provoking increased volatility. In particular, Bank of Canada Governor Tiff Macklem will speak tomorrow, and the Canadian Nonfarm payroll report will be published on Friday – key data on the labor market. This means that the Canadian dollar will either receive support or be under pressure from negative fundamental factors by the end of the current trading week.

In my opinion, the Canadian dollar has all the prerequisites for its recovery. Undoubtedly, the US dollar plays the role of the first violin in the USD/CAD pair, but it has recently demonstrated its vulnerability. Therefore, if the US dollar index continues to drift at its previous positions (in the area of 93 points), then the Canadian will be able to show character and seize the initiative on the pair. In other words, if the greenback does not strengthen throughout the market, then the vector of the USD/CAD movement will depend on Canadian events in the medium term.

Macklem is set to speak on October 8. He will deliver a speech at an online conference hosted by the Global Risk Institute. The topic of the conference is not directly related to the prospects of the country’s monetary policy, but still the head of the Canadian central bank can comment on the latest macroeconomic reports in this context.

By and large, Macklem has no clear and weighty cause for concern as of the moment. Thus, According to the latest data, the volume of Canada’s GDP increased by 3% (on a monthly basis), while the overall forecast was at 2.9%. At the same time, positive dynamics was recorded in all 20 industrial sectors. The Canadian economy has been growing for the third consecutive month, although the pace of recovery has somewhat slowed down relative to the first post-crisis months.

The latest inflation figures did not disappoint, although they fell slightly short of the forecasted values. The core CPI, which excludes food and energy, rose 0.8% y/y while the forecast was 0.9%. The general consumer price index came out at the level of the previous month (+ 0.1% y/y), although the forecast was slightly higher, + 0.4%). That is, in general, inflation is showing growth, albeit at a rather weak pace.

By the way, in September there were rumors that the Canadian central bank might duplicate the new strategy of the US Federal Reserve. Let me remind you that the Fed announced that inflation must now exceed the two percent target (and not close to it) before the central bank raises the interest rate. In other words, the Fed has extended the time period during which record low rates will be maintained. The Bank of Canada has recently started to voice a similar rhetoric. Thus, according to

If Macklem allows this option tomorrow, the loonie will collapse throughout the market. But this scenario is unlikely, given the rhetoric of the accompanying statement from the last meeting of the Bank of Canada. The loonie will receive support if Macklem focuses on the positive aspects of macroeconomic reports (which is more likely). 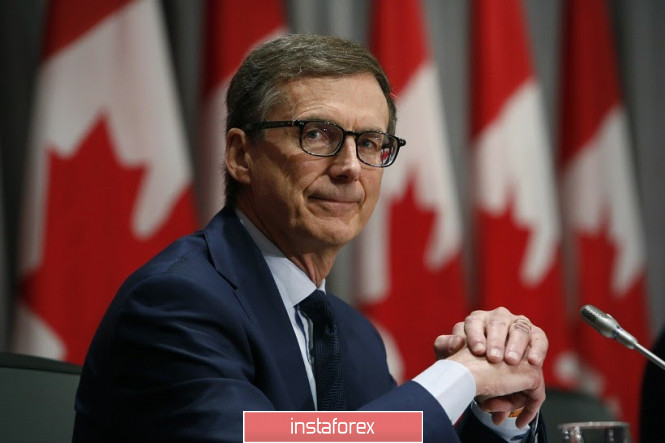 As for the Canadian Nonfarm report, the situation is as follows. According to general forecasts, the Canadian labor market will show positive dynamics. First, the unemployment rate is expected to fall to 9.8% (the downward trend is observed here for the fourth consecutive month). Secondly, the number of employees should increase by 153,000. On the one hand, this is slightly less than the previous month (245,000), but on the other hand, the growth in September will be due to full employment (part-time employment will show a more modest result). At least, this is what the preliminary forecasts say.

Therefore, the loonie has every chance to get support from both macroeconomic reports and the leadership of the Canadian central bank. If these assumptions are realized, the USD/CAD pair will be able to test the main support level of 1.3160, which corresponds to the lower boundary of the Kumo cloud on the daily chart. You can enter sell positions either from current positions, or based on the results of Macklem’s speech. It is advisable to place the stop loss at 1.3430 (the upper line of the Bollinger Bands on D1).

Technical recommendations for EUR/USD and GBP/USD on October 15

Hot forecast and trading signals for GBP/USD on October 29. COT...

Technical Analysis of GBP/USD for September 15, 2020

Technical Analysis of ETH/USD for December 30, 2020