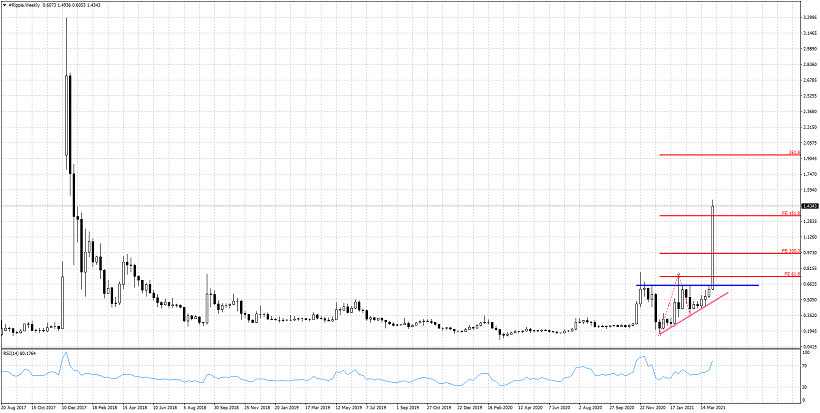 What is next for Ripple’s XRP?

XRP/USD has provided us a bullish signal after breaking the resistance of $1.06. This was noted in ourlast analysis with the cup and handle bullish pattern it had formed. Our target was $1.28-$1.33 and it has already been achieved and surpassed.

As we mentioned last week, breaking on a weekly basis above $0.60-$0.80 resistance was big news. The upside explosion it followed has pushed prices to three year highs levels and we already have broken above the 161.8% Fibonacci target. Our next target is close to $2 and more specifically at $1.97. Upside potential remains huge in XRP/USD and looks like it is trying to cover for lost ground relative to the other cryptocurrencies. So far in the daily and intraday charts there is no sign of a reversal or of an important top.

Dollar depreciates, while gold rises amid falling yields on US government...

Another correction could bring Bitcoin down to $ 42,000

Charging Decision On Officer Who Shot Jacob Blake Expected Within 2...

Can Prince Harry still be king and is he still a...