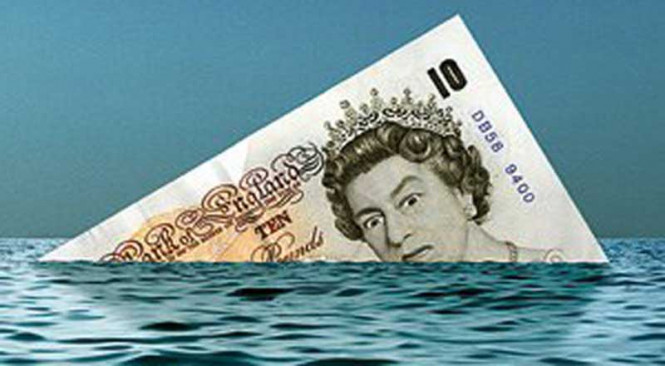 The pound seems to be confused, since it is difficult to determine the vector of the short-term direction. Analysts agree that the driver for the pound’s movement will be Brexit.

Experts believe that other factors, such as the difficult COVID-19 situation and the decline in macroeconomic indicators, are secondary impulse for the pound’s dynamics. In this case, the first one is the UK’s withdrawal from the European Union or the so-called Brexit. According to Societe Generale’s currency strategists, if a trade deal is successfully concluded between London and Brussels, the pound will soar to 1.4000 by the Christmas holidays. On the contrary, if an agreement will not be made, that is, a “hard” Brexit will be concluded, the pound will collapse to 1.2000.

Moreover, they warn that there is a high possibility that the second scenario will happen. The specialists are surprised that the market does not consider this option in the pound quotes. Last Friday, analysts recorded a strong surge of interest in the pound, which helped it grow and broke through the level of 1.3300. Today, the GBP/USD pair is trading around the range of 1.3314-1.3315, testing the current level.

In case of a no-deal Brexit, analysts are sure that the GBP/USD pair will decline to the levels of 1.2000-1.2500. The catalyst for the downward movement will be an impressive budget deficit and current account deficit, as well as a high probability of negative rates from the Bank of England.

The expected chaotic Brexit is the reason why there is a negative market mood. According to the reputable publication The Times, European leaders have already begun to prepare for a British exit from the EU without a deal. The postponement of negotiations between London and Brussels last Thursday, November 19, contributed to this negative sentiment. The reason for this was COVID-19, identified by one of the negotiators.

Nevertheless, there is still hope for a favorable result of the meeting. Reuters believe that the UK and the European Union may reach a compromise on a number of key issues – it is related to fishing, transparency of competition and ways of resolving future trade disputes remain barriers.

Last week’s positive data on retail sales in the UK strongly supported the pound. In October 2020, they increased by 1.2%. However, experts believe that the situation may worsen this month. The recently introduced lockdown associated with growing COVID-19 cases contributes to the decrease in consumer activity. At the same time, analysts are confident that the activation of online sales will not be able to compensate for the lack of usual shopping trips.

In turn, the weakening of the US currency provided an invaluable help to the British currency, and this almost immediately affected the dynamics of the GBP/USD pair. The dollar clearly fell after the release of disappointing data on the US labor market. It should be recalled that the number of initial applications for unemployment benefits increased to 742 thousand from the previous 711 thousand from November 9 to 13. At the same time, experts expected a decline to 707 thousand, but the negative impact of COVID-19 on the US labor market confused everything.

Therefore, it is hard for experts to predict which direction the pound will choose – upward or downward? Any extreme will not benefit the pound and its fall to 1.2000, as well as the rise to 1.4000, will negatively affect the market’s condition. Therefore, we should rely on a moderate rise amid a possible compromise between London and Brussels, but the high risk of a chaotic Brexit can negate the pound’s previous achievements.

EUR/USD. Donald Trump – the “destroyer” of the American economy

Forecast and trading signals for GBP/USD on January 20. COT report....

Overview of the EUR/USD pair. October 27. Americans have formed a...