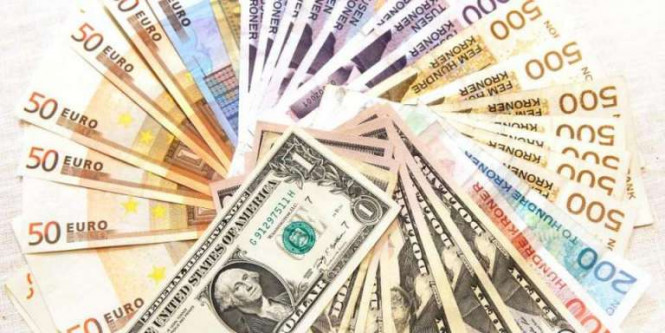 Which currency may replace USD?

Recently, many currencies, including major and secondary ones, have been trying to push the US dollar from the leading position and take its place. However, the forces are unequal, and the world’s leading currency is again on its throne. At the same time, experts admit that sooner or later the greenback will have to give its status to some ambitious currencies.

After a short-lived drop, the US dollar managed to strengthen. However, the rise was halted by confusion of market participants who find it difficult to predict the dynamic of the US dollar. Moreover, the number of new coronavirus cases in the US is still advancing. As a result, the greenback is caught between two fires. On the one hand, it was bought as a haven asset or insurance in case of a worsening epidemiological situation. On the other hand, expectations that the Fed will loosen its monetary policy are also putting pressure on the currency.

Analysts suppose that these two factors may lead to the greenback’s depreciation. On Thursday, November 19, the euro/dollar pair declined by 0.2% to 1.1827. However, later, it recouped some of its losses and returned to the previous range. Thus, on November 20, the pair is hovering near the levels of 1.1877-1.1878. Notably, the range is becoming wider.

At the moment, it is hardly possible that the US Fed will decide on budget support measures. The country’s authorities are focused on the problems caused by the recent presidential election. However, market participants became puzzled after the Fed’s proposal to expand the economic stimulus package. As a result, US Treasury bonds jumped amid the anticipation of impressive volumes of liquidity. The regulator was planning to buy Treasury bonds worth $12.82 billion. According to analysts, this has an extremely negative impact on the further dynamic of the greenback.

According to the recent report, the euro that is the greenback’s main rival has surpassed it. Thus, data from SWIFT (Society for Worldwide Interbank Financial Telecommunications) showed that the share of the euro used in global payments increased dramatically over the past seven years. Last month, about 37.82% of money transfers in the world were made in the euro. During the reporting period, the share of the US dollar in international payments did not exceed 37.64%. A year earlier, it was 42%, experts emphasize.

However, the single currency is not the only rival of the dollar. There are several currencies that may replace the leading currency. Experts consider that currencies of countries that participate in the development of innovations and have high added value could become alternatives to the greenback. The most stable of them, in addition to the euro, are the Swiss franc, the yen, and the yuan. This year, the Chinese currency won the palm in this top three. Its growth was facilitated by the active recovery of the Chinese economy after the coronavirus crisis.

Despite the long-term weakening of the greenback, analysts urge not to panic and not to “bury” the main currency. Experts remind that the dollar is still the most resilient currency. Moreover, about 80% of all transactions in the global trade are made in dollars. This situation will continue in the coming decades, and the replacement of the greenback is likely to be gradual. However, the greenback will hardly leave the global financial arena forever. It is expected to share its power with other currencies, primarily with the euro.

This Family Owns 20 Jamba Juice Franchises in the San Francisco...

Hot forecast and trading signals for EUR/USD on November 17. COT...

US budget deficit, ECB’s results of the meeting, and new...

Over 88,000 Fans Petition for LeVar Burton To Become Next ‘Jeopardy’...