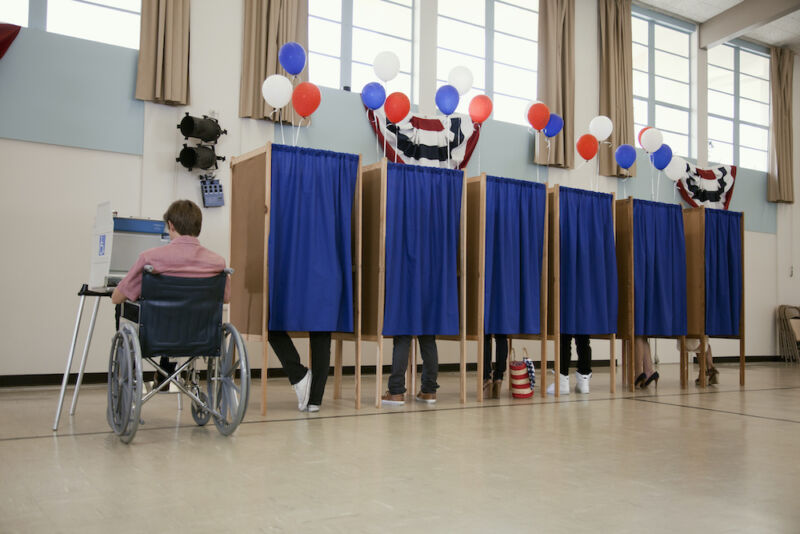 As President Trump continues to make unfounded claims of widespread election fraud, 59 of the world’s foremost experts on electronic voting are hitting back, saying that recent allegations of actual voting machine hacking “have been unsubstantiated or are technically incoherent.”

Monday’s letter came after almost two weeks of baseless and unfounded claims from Trump and some of his supporters that this month’s presidential election had been “rigged” in favor of President-elect Joe Biden. On Thursday, Trump started a new round of disinformation when he took to Twitter to say that polling machines made by Dominion Voting deleted 2.7 million Trump votes around the country.

Over the weekend, Trump tweeted a video from last year’s Defcon hacker convention. It showed attendees participating in an event called the voting machine hacking village. Organizers of the event held it to raise awareness about the importance of security in electronic voting. Some of the event organizers were beside themselves that Trump was using the video as innuendo that voting machine hacking played a role in the results of this month’s election, or in any election ever, for that matter.

All good or all Bad: Influencer marketing within Travel

148. The Benefits of Influencer Marketing

How One Mom Went From Government Housing to Millionaire Status

The essential hair tool you need to create the Kate Middleton...

The Most Important Things You Need To Know About Influencer Marketing!

Hackers are on the hunt for Oracle servers vulnerable to potent...