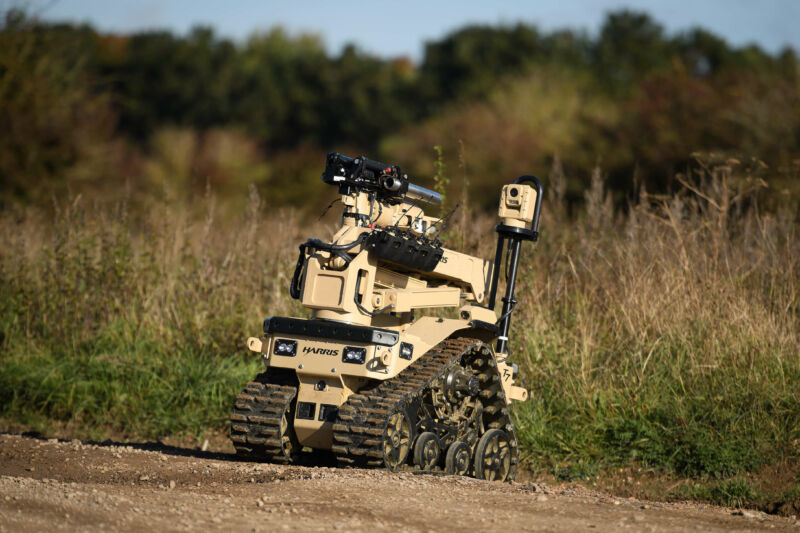 Welcome to a special edition of the Ars Technicast! Ars has partnered with Northrop Grumman to produce a two-part series looking at the evolution of connectivity on the modern battlefield—how the growing ubiquity of sensors and instrumentation at all levels of the military is changing the way we think about fighting. You can listen to part one right here. (A transcript of the podcast will be available a few hours after this story goes live.)

We all know what the Internet of Things is, even though that’s always been kind of a nonsensical name—it’s the idea that adding smarts and sensors to formerly “dumb” devices like refrigerators and washing machines and coffee makers creates an overlapping interconnected network of physical devices. The central concept is linking together physical objects by some kind of data stream, and as it turns out, the military has been going down a similar road of increased connectivity for many years.

But mo’ connectivity, as they say, means mo’ problems, and there have been many past efforts to try to get to about where we are today (some highly publicized). All have encountered issues that run the gamut from the physical to the logistical.

Bucket List: Top 15 Best Things to Do in Stuttgart, Germany

He Quit His Job, And Then Built A Multi-Million Dollar Real Estate Portfolio in...

Why you should stop listening to gurus and do this instead

Why Does Building Followers Come Naturally To Some And Not To...