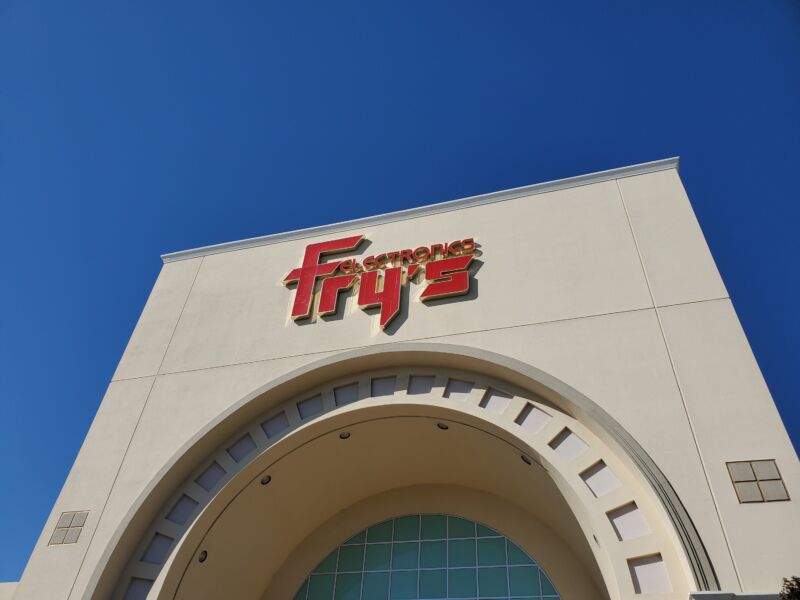 Fry’s Electronics is no more, and all 30 stores will soon close

Fry’s Electronics, the decades-old superstore chain with locations in nine American states, appears to have gone defunct. Bay Area TV station KRON-4 was the first press outlet to confirm the news late Tuesday, saying that Fry’s will shut down all 30 of its American locations. The retailer will reportedly make an announcement at some time on Wednesday via the Fry’s website.

Rumors began flying on Tuesday in the form of anecdotes from alleged Fry’s employees, who all reported that they’d been summarily fired earlier in the day with zero notice. One anonymous report posted at The Layoff alleged that every remaining Fry’s store in the US was “permanently closing tomorrow,” and that sentiment was echoed hours later at a Fry’s-related Reddit community. The Reddit post included the allegation that one store’s staffers were tasked with shipping any remaining merchandise back to suppliers during their final day at work.

Sacramento freelance journalist Matthew Keys followed these posts by citing an unnamed source—someone who had worked at Fry’s up until “this week”—who claimed that the electronics chain would make a formal announcement “this week” about closing all of its stores and liquidating any remaining assets. As the wave of rumors exploded, the official Fry’s website began serving 404 failures—yet some of its subsite content, particularly years-old press releases, remained active through Frys.com subdomains. As Tuesday wore on, the Fry’s retail site flickered into and out of normal service, even letting customers buy products after KRON-4’s report went live.

Don’t Just Celebrate – Advocate. Getting back down to the Roots of Earth Day: Tips for CSR Professionals

10 Business Skills You Can Start Mastering This Weekend, On Sale

Prince Harry and Meghan Markle have welcomed their first daughter –...

Improve Your Reading Habit With A Two-Year Subscription To Blinkist