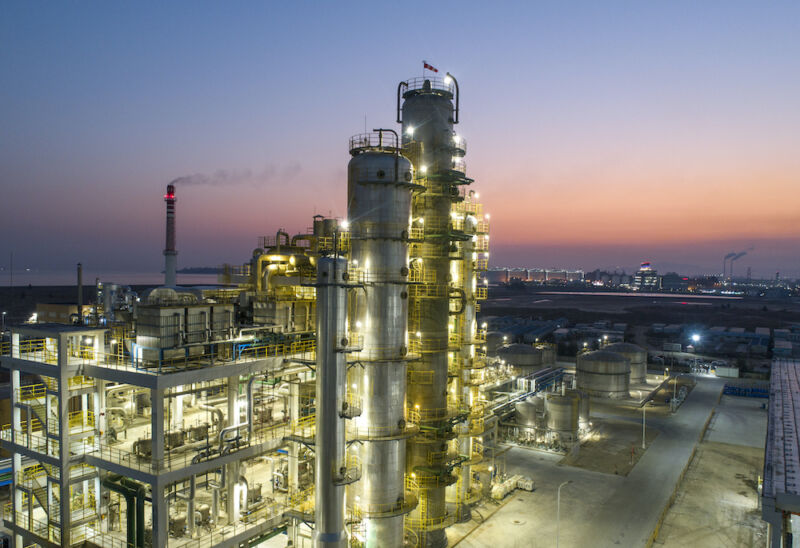 Hackers behind life-threatening attack on chemical maker are sanctioned

Russian state nationals accused of wielding life-threatening malware specifically designed to tamper with critical safety mechanisms at a petrochemical plant are now under sanction by the US Treasury Department.

The attack drew considerable concern because it’s the first known time hackers have used malware designed to cause death or injury, a prospect that may have actually happened had it not been for a lucky series of events. The hackers—who have been linked to a Moscow-based research lab owned by the Russian government—have also targeted a second facility and been caught scanning US power grids.

Now the Treasury Department is sanctioning the group, which is known as the State Research Center of the Russian Federation FGUP Central Scientific Research Institute of Chemistry and Mechanics or its Russian abbreviation TsNIIKhM. Under a provision in the Countering America’s Adversaries Through Sanctions Act, or CAATSA, the US is designating the center for “knowingly engaging in significant activities undermining cybersecurity against any person, including a democratic institution, or government on behalf of the Government of the Russian Federation.”

The advertising industry sold us the perfect woman – do we finally understand the...

One Secret to Improve Blog SEO: Use Mini-Infographics

Why You Need Amazon Product Research