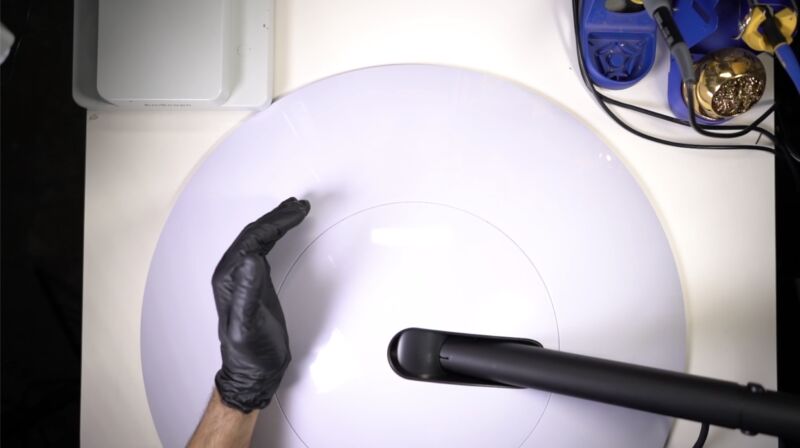 Engineer Ken Keiter recently came into possession of one SpaceX Starlink user terminal, the satellite dish that SpaceX nicknamed “Dishy McFlatface.” But instead of plugging it in and getting Internet access from SpaceX’s low Earth orbit (LEO) satellites, Keiter decided to take Dishy apart to see what’s inside.

The teardown process destroyed portions of the device. “I would love to actually test out the [Starlink] service and clearly I didn’t get a chance to, as this went a little bit further than I was intending,” Keiter said toward the end of the 55-minute teardown video he posted on YouTube last week.

Keiter, who lives in Portland, Oregon, was impressed by the Starlink team’s work. “It’s rare to see something of this complexity in a consumer product,” he said in reference to the device’s printed circuit board (PCB), which he measured at 19.75″ by 21.5″.

Kanye West Documentary Bought by Netflix for More Than $30 Million

Feast your five senses on a Morocco tour

Say Goodbye To Writer’s Block With This Content Starter Plan