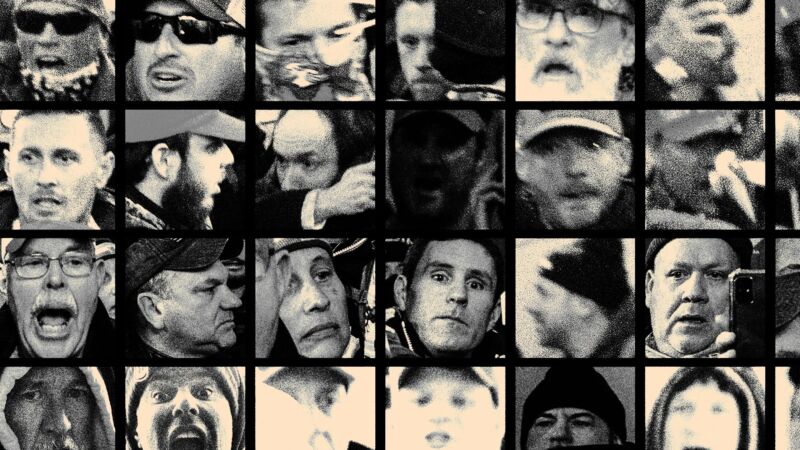 When hackers exploited a bug in Parler to download all of the right-wing social media platform’s contents last week, they were surprised to find that many of the pictures and videos contained geolocation metadata revealing exactly how many of the site’s users had taken part in the invasion of the US Capitol building just days before. But the videos uploaded to Parler also contain an equally sensitive bounty of data sitting in plain sight: thousands of images of unmasked faces, many of whom participated in the Capitol riot. Now one website has done the work of cataloging and publishing every one of those faces in a single, easy-to-browse lineup.

Late last week, a website called Faces of the Riot appeared online, showing nothing but a vast grid of more than 6,000 images of faces, each one tagged only with a string of characters associated with the Parler video in which it appeared. The site’s creator tells WIRED that he used simple open source machine learning and facial recognition software to detect, extract, and deduplicate every face from the 827 videos that were posted to Parler from inside and outside the Capitol building on January 6, the day when radicalized Trump supporters stormed the building in a riot that resulted in five people’s deaths. The creator of Faces of the Riot says his goal is to allow anyone to easily sort through the faces pulled from those videos to identify someone they may know or recognize who took part in the mob, or even to reference the collected faces against FBI wanted posters and send a tip to law enforcement if they spot someone.

Trading plan for the EUR/USD pair on October 1

Technical analysis of GBP/USD for November 05, 2020

Technical Analysis of ETH/USD for October 19, 2020

Overview of the EUR/USD pair. September 15. The epidemic in the US is not...

Technical Analysis of GBP/USD for March 4, 2021