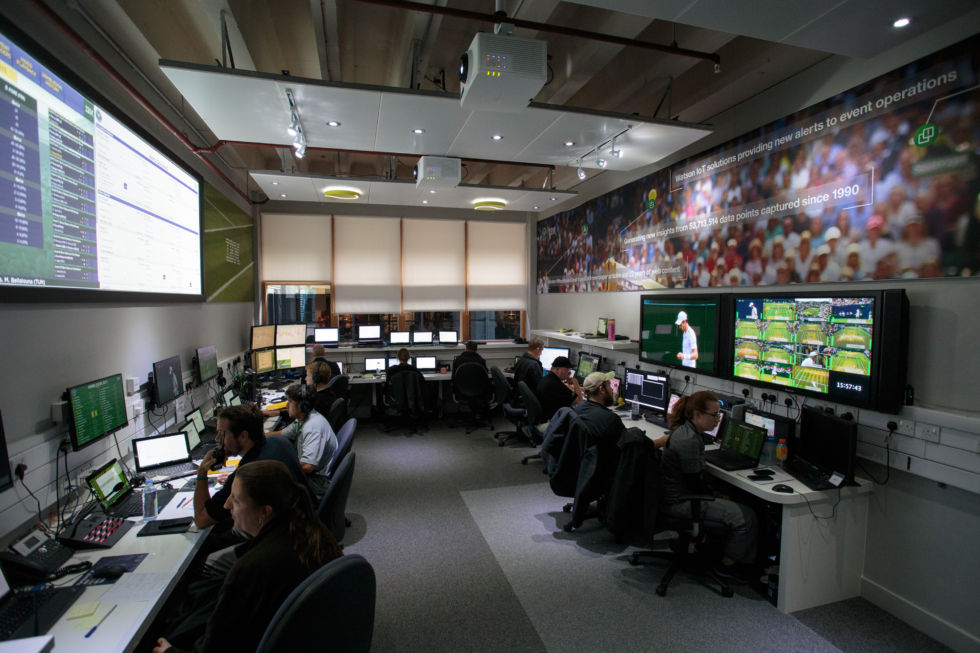 Wimbledon: The tech behind the world’s top tennis tournament

The Championships at Wimbledon, which consumes some 28 tons of strawberries, 10,000 litres of cream, and 320,000 glasses of Pimm’s per year, is notable for its seemingly unchecked luxuriant hedonism. But while most companies, organisations, and institutions are looking to cut costs, Wimbledon has stuck to its mantra. Don’t do things cheaper; do things better.

Case in point: Wimbledon’s use of technology is really quite impressive. I’ve been lucky enough to follow Wimbledon’s tech over the last three years, and it has been very encouraging to see a massive endeavour like The Championships dive deeper and deeper into technology. You might think that after 140 years Wimbledon could be stuck in its ways, but far from it. When technology is the only viable way of providing consistent, significant gains for players, visitors, and hundreds of millions of people spectating remotely, you don’t try to fight it; you embrace it.

Of course, Wimbledon is embracing tech in a distinctly Wimbledon way. This year, for example, The Championships are trialling free Wi-Fi—but because they don’t yet know how people will behave with free Wi-Fi, it’s only available in three specific locations (near the food court, in the ticket resale area, and on the west side of court 12). The tournament continues through this weekend, but its team has already started analysing the data. It turns out that, thankfully, the Wi-Fi users on court 12 only use their phones between points. When play begins, Wi-Fi usage stops. If the trial is a success, Wi-Fi could be rolled out across Wimbledon in 2018.

20 Hilarious Memes That Will Make Any Accountant Laugh | Canopy

Most Viewed Games on Twitch in 2021

Top 7 Most Beautiful Temples in Bali

7 Best Airbnbs in Malindi for Every Budget and Style

My client has thousands of fans that love his content, but...

Protokol empowering the new wave of micro KOL’s… and how can...

50 Cent Says People Are More Ruthless in Business Than in...

‘I haven’t looked back’: the women who discovered cycling in lockdown

Wayback Machine and Cloudflare team up to archive more of the...

Microsoft declares its underwater data center test was a success