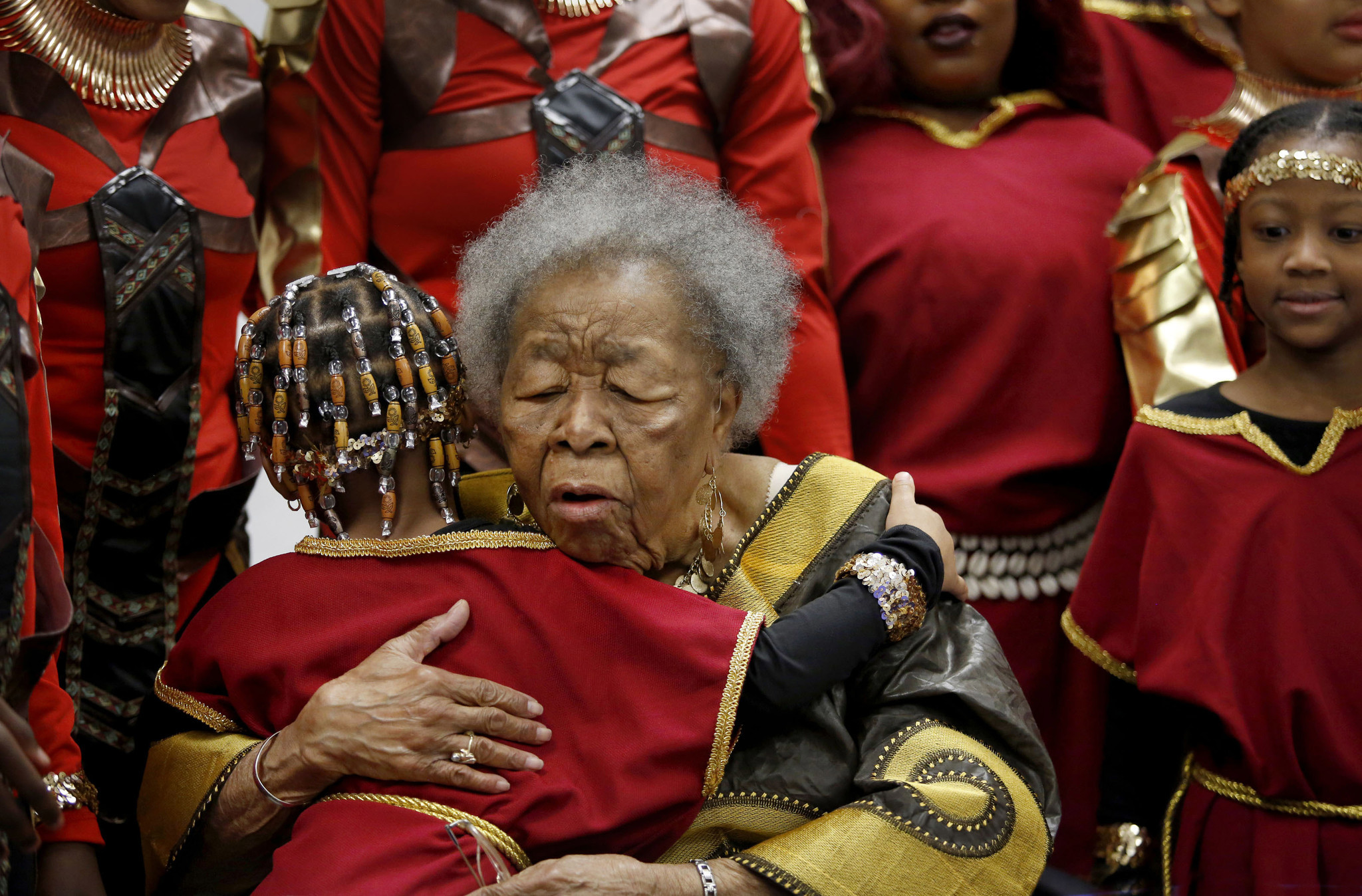 Dorothy Steel who lived out a long-deferred dream of acting and landed a pivotal role as an elder in the blockbuster Black Panther movie at the age of 88, has died.

The 95-year-old actress transitioned and joined the ancestors on Friday morning at her home in Detroit, WSBTV reports. “She went out strong,” her publicist said.

Steel, who lived in Atlanta was born in Detroit in 1926. It was a life-long dream for Steel to act and she landed her first-ever role playing a tribal elder who imparted wisdom to King T’Challa played by the late Chadwick Boseman. But she also had a small role in “Jumanji: The Next Level.”

“It was just amazing, it truly was,” Steel told Channel 2 of the experience in 2018. “If anyone would have told me I would be an actor, I would’ve said you got to be out of your mind.”

The memories and the love on set is what Steel remembered most. “Chadwick the King. Every day, he would make sure if I was on the set, he would come by and make sure he gave me a big old hug and kiss,” Steel said.

“We were one big melting pot of black people and we knew we were doing something that had never been done before. Ya know?” she said previously.

Steel said she became the honorary grandmother on set.

Steel was invited back to film for the second film and sadly, Steel was currently filming ‘Black Panther: Wakanda Forever’ when she passed away, according to her publicist. According to the outlet, the Marvel franchise flew her home to Detroit to be with surrounded by her loved ones in her last hours.

“This was going to be my last role,” Steel said, according to her publicist.

“Black Panther” when released in cinemas back in 2018, brought in $1.34 billion worldwide and became Marvel’s highest-grossing non-Avengers film of all time. It had also been the first superhero movie to receive an Oscar nomination for Best Picture. “Black Panther” had earned seven Oscar nominations, and winning for Best Score, Best Costume Design, and Best Production Design.

Why Insurance Is Broken, And How One Company Is Fixing It

‘Facts So You Can Vaxx’: Group of Philly Teens Encourage Youth To Vaccinate

KitchenAid’s Artisan Mixer is over £100 off in the early Black...

Sales Leaders’ Challenges: Motivation and How to Motivate Your Team

The Formula for Making Hybrid Events a Success

Tesco’s Black Friday Yankee Candle deals have landed – save up...

How Crypto Culture is Captured into the Lore Of Cryptomeda: Influencer...

Comedian KevOnStage Wants To Take You On A Virtual Tour Of...