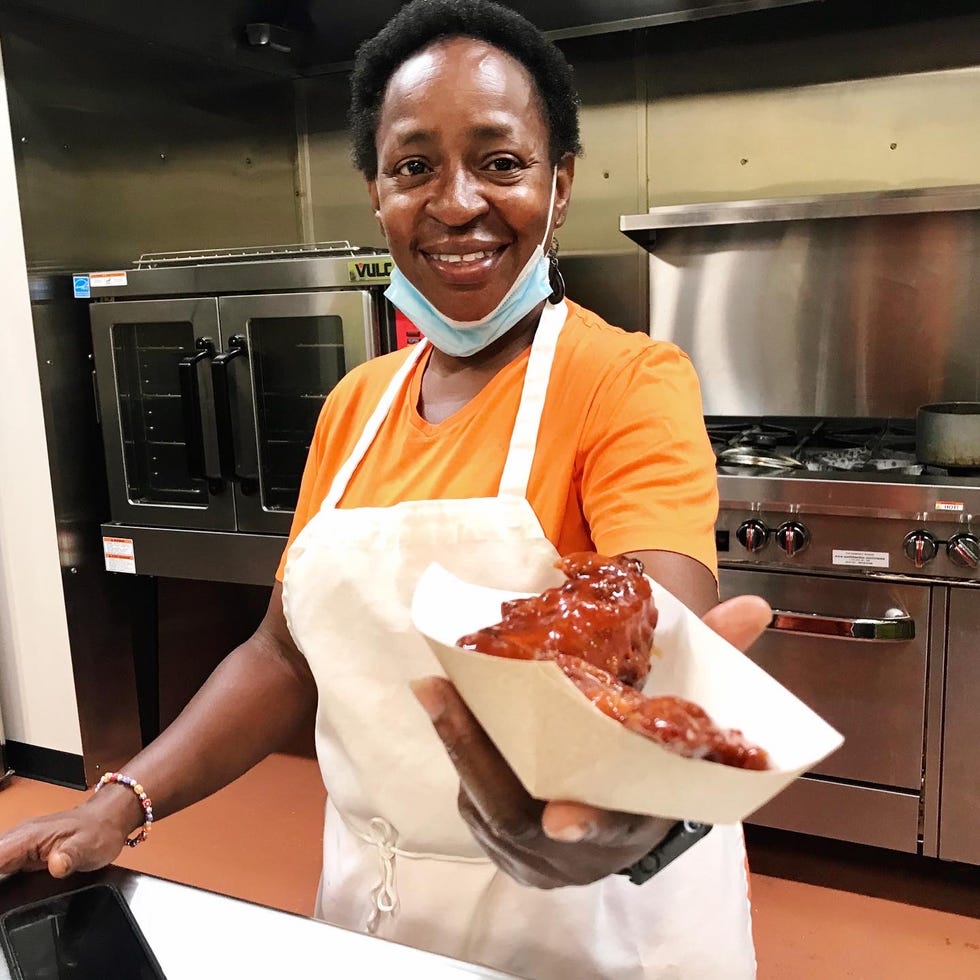 A Black man who once lived on Buffalo, New York’s East Side spent the last few years of his life fighting to be credited as the creator of the world-famous buffalo wings. All the while, a local Italian family says they’re the originators.

John Young was the owner of a busy restaurant on Jefferson Avenue in the 1960s, which was considered Buffalo’s Black Main Street during segregation. He was first known for his whole, breaded wings before his tangy “mombo”-sauced wings became a hit.

Today, the spicy “buffalo” wings are known by their buttery hot sauce mixture.

“Anybody that was around back then will tell you that John Young was the originator,” Clyburn told USA TODAY about the owner of John Young’s Wings and Things.

By 1970, Young left the city. Due to riots and racial tension he didn’t feel it was a safe place to live. When he returned a decade later, the hot wings were all the rave and all the credit had gone to a local Italian restaurant, Anchor Bar, which sat just a mile from Young’s restaurant.

“They wouldn’t have dared claim they invented the wing while my father was still around,” Young’s daughter, Lina Brown-Young said. “They just wouldn’t.”

After going back into wing business, Young told his story to any newspaper around, including the New Yorker in 1980.

“I am the true inventor of the Buffalo chicken wing,” he told Buffalo News food critic Janice Okun in 1996, two years before his death. “It hurts me so bad that other people take the credit.”

As some tell it, Frank and Teressa Bellissimo—owners of Anchor Bar—invented the buffalo wings in their decades-old restaurant.

There are several renditions to what exactly happened. In one version of the story, set in 1964, the Bellissimo’s son Dominic walked in the spot on a Friday night with a group of friends. They were hungry and looking for something new. It’s said his mother improvised with what she had on hand.

“They looked like chicken wings, a part of the chicken that usually went into the stock pot for soup,” the bar’s official history read on a placard outside its door. “Teressa had deep fried the wings and flavored them with a secret sauce. The wings were an instant hit.”

“If you talk about one of the hallmarks of Buffalo’s cultural contributions when it comes to food, chicken wings, there was an African American man there who—if it was parallel circumstances, or some kind of linear progression—he was doing it on the East Side,” City of Buffalo councilman James Pitts said.

“He was serving up stuff to his community because he couldn’t get to any other community.”

Me and my ‘she shed’: women on the joys of their garden retreats

7 reasons that attract a customer towards a creator