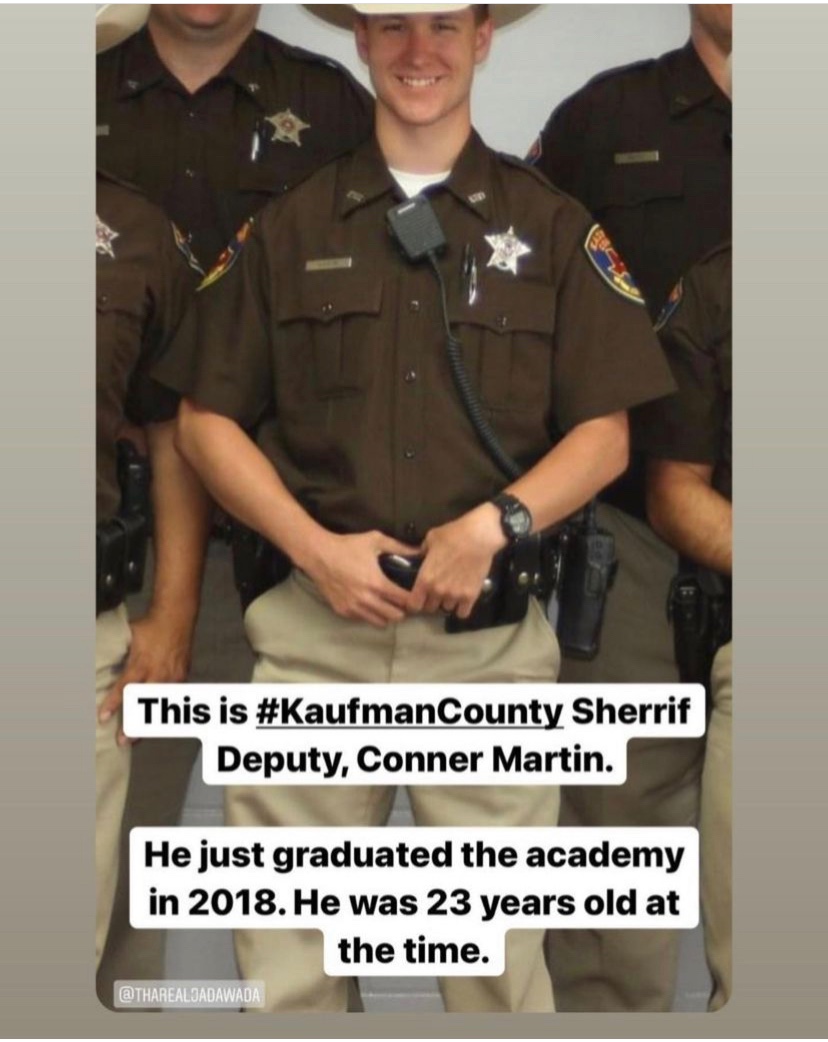 A disturbing video that has gone viral has a family fighting for justice after they claimed a teen and her mother were brutally accosted and assaulted on Tuesday by a rookie Kaufman County, Texas, sheriff’s deputy.

Antanique Ray, 41, and her daughter 18-year-old Nekia Trigg, were both arrested and jailed after someone reportedly called police on Trigg for walking and jumping through cars in traffic in a Forney neighborhood, the Dallas News reports.

On the seven-minute video that is making its rounds on social media, the mother can be seen approaching the sheriff’s deputy, who is reportedly named Conner Martin, as he bears his body weight down on Trigg who is lying on the grass, on her back, and taking on the brunt of the white man’s weight on her stomach and chest area.

Trigg appears to be in distress, crying frantically and foaming at the mouth while screaming, “I can’t breathe,” the same desperate cries and pleas Eric Garner and George Floyd wailed as they gasped for air before they died.

The mother, Ray, appears to try to reason with Martin before he yells, “Do not touch me! Back up! Back up!” as Trigg continues to scream from beneath him.

The concerned mom continues to try to convince Martin that he doesn’t have to violently restrain Trigg, but Martin says she was trying to jump through traffic.

More deputies arrive on the scene and Ray then tries to get him to intervene and convince Martin to turn Trigg right side up so she can breathe. The officer rolls Trigg onto her stomach and then handcuffs her.

As the officers walk Trigg to apparently take her to a vehicle, her mother hangs on but deputy Martin then tries to separate them and that’s when things escalate.

Martin and Ray get into a tussle and Ray gets tackled to the ground on the street. Another deputy screams at onlookers as the video rolls and people standing by witnessing the scene scream in shock as Ray is getting arrested. One deputy aims his stun gun at onlookers.

“All I did was ask you to listen to us,” Ray says. “I didn’t touch you. I touched my daughter when she said … [the handcuffs] were too tight.”

Ray was taken to jail and booked into the Kaufman County jail on charges of assault of a public servant and interference with public duties, according to the outlet. She has since been released on bond.

According to the authorities, Trigg was taken to a hospital for a mental health evaluation.

The incident brings to light the lopsided treatment that Blacks receive when it comes to relationships with authorities. In January, a horde of white protesters were allowed to desecrate the U.S. Capitol for hours before police intervened. Some even took selfies with officers who stood by and watched as they committed crimes.

Someone complains on video how Black women are often mishandled. The majority of the deputies were white.

Ray’s cousin, Teronica Williams, said the deputy had the opportunity to right the situation, especially since the mother was there trying to reason with them.

“Of course me and our other family members are hurt this happened to her because we know what type of person she is,” Williams said. “It takes one person to watch this video and devalue both her and Kia’s character and have the world thinking they deserve this and that — and that’s not fair.”

Williams disputed the claim that Trigg was jumping through traffic.

Forney police released a statement saying that they determined “the situation was being addressed by the Kaufman County Sheriff’s Office and no interaction from the Forney Police Department was required.”

People have flooded the Sheriff’s office phone lines so they took to Facebook to say that the call volume was “unmanageable.”

The Sheriff’s Office said the incident is now under investigation.

A protest for justice is scheduled for today.

Prince Charles to follow in Prince Harry and Meghan’s footsteps with...

Thomas’ Leans on ‘Feel-good KPIs’ for a Volunteer Cleanup Campaign

Equilibrium: 10 Tips to Balance Creativity and Process in B2B Content...