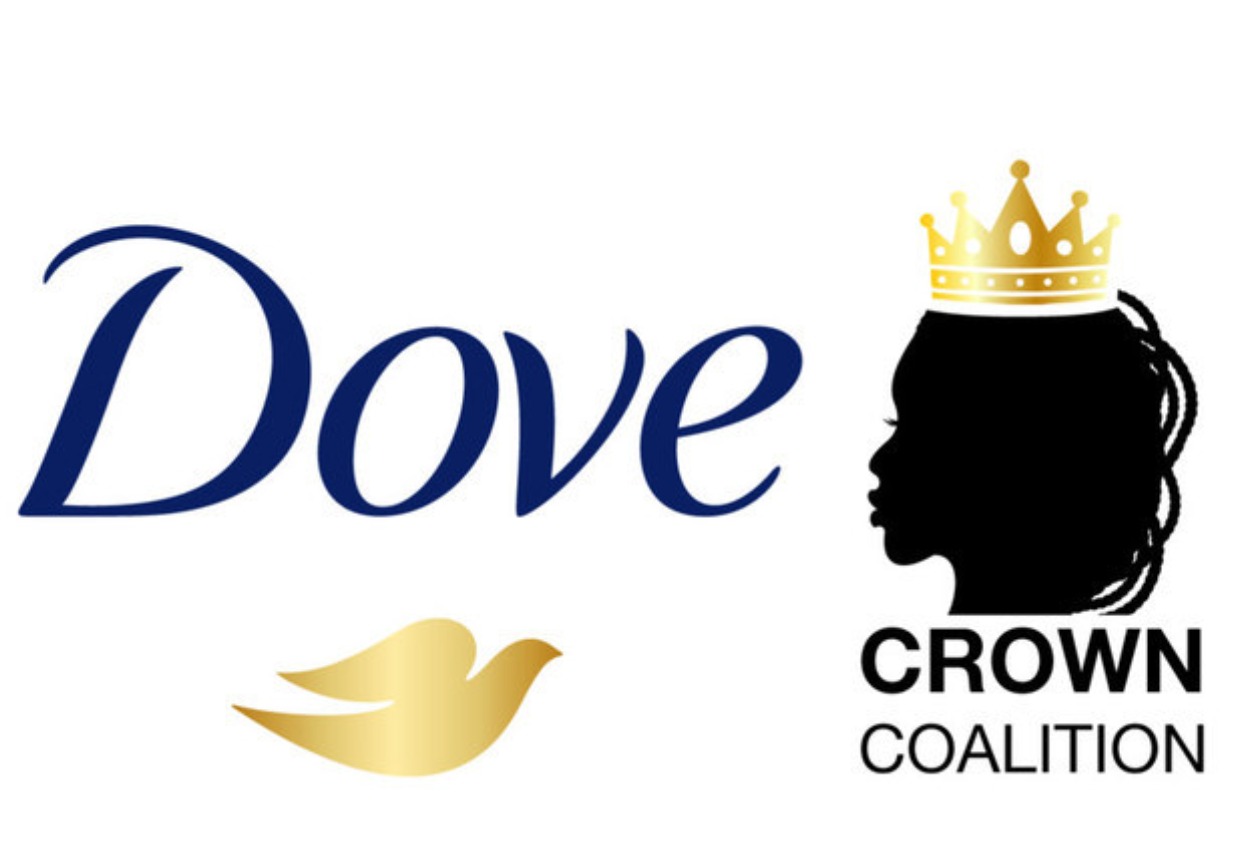 Fueled by these research findings, Dove released a short film, As Early As Five, inspired by the far too many real stories of those who have experienced hair discrimination and bias in both schools and the workplace. As Early As Five depicts three scenarios of race-based hair discrimination experienced by a girl – starting in elementary school, in high school and into adulthood – all inspired by real life events.

Through this campaign, Dove continues its mission to raise awareness for CROWN Act legislation and spark urgency among parents, school administrators and advocates to sign The CROWN Act petition to make race-based hair discrimination illegal nationwide.

Dove believes Black women and girls should have the freedom to wear their hair how they choose without the fear of job loss or education. As CROWN Coalition co-founders committed to ending race-based hair discrimination nationwide, Dove continues to advocate for local and federal governments to pass The CROWN Act to help protect the estimated 2.3 million Black children nationwide who are most vulnerable to race-based hair discrimination. Currently, The CROWN Act is law in 14 states (CA, CT, CO, DE, IL, MD, NE, NM, OR, NY, NJ, NV, VA, WA) and 34 municipalities.

Key findings from the Dove 2021 CROWN Research Study for Girls:

Hair discrimination is happening early and continues as she gets older

– While 90% of Black girls believe their hair is beautiful, the micro-aggressions and discrimination she endures has an impact on how she sees herself

– As previously revealed in the Dove CROWN Research Study (2019), Black women were 1.5 times more likely to have reported having been sent home or know of a Black women sent home from the workplace because of her hair

– Among them, 81% remember the experience happening by the time they were 12 years old

– Trauma from these experiences cause girls to miss days from school

“Our groundbreaking 2019 CROWN research study revealed that Black women are 80% more likely to change their hair from its natural state to fit in at the office. Now, this new body of research illuminates the pervasive nature and deep impact hair discrimination has on Black girls highlighting the horrific multi-generational impact of narrow beauty standards in America. These biases continue to perpetuate unfair scrutiny and discrimination against Black women and girls for wearing hairstyles inherent to our culture. This is unacceptable and why it is imperative that everyone join the movement to make hair discrimination illegal nationwide through the passage of The CROWN Act,” says EVP & COO of Unilever North America, Esi Eggleston Bracey.

The 2021 Dove CROWN Research Study for Girls was conducted by JOY Collective, a Black and women-owned firm, in July-August 2021 to assess the impact of hair discrimination before adulthood and the effect on the self-esteem in young Black girls.

An online survey was completed in the US by 1000 girls (500 Black and 500 white) age 5-18. The group included a natural mix of Black girls who attend predominantly Black schools, diverse schools and predominantly white school environments. The survey included questions about personality descriptors, presence of bias in school, school hair policy, impact of hair bias and recreation of the 1954 Doll Test. All data tested at 95% confidence level.

The First Black, Woman-Owned Coffee Brand to Be Sold at Trader Joe’s

What is an NFT and Should You Invest in One?

Integrated Shield Plans Premium & Coverage Comparison: Which is the best...

Katt Williams Suggests He May Be Partially To Blame for People...