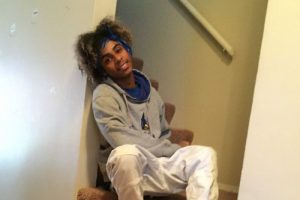 On Tuesday, an Omaha, Nebraska, grand jury indicted the white bar owner who fatally shot a Black man during protests for racial justice earlier this year in May, according to NPR.

Twenty-two-year-old James Scurlock was fatally shot outside of a bar in Omaha by bar owner Jake Gardner during a protest against police brutality. Local station KETV reported that police officers responded after they heard gunshots and found Scurlock suffering from a gunshot wound on the scene. He was taken to Nebraska Medical Center where he was pronounced dead.

After the shooting, Nebraska Douglas County Attorney Don Kleine had said that prosecutors in his office, homicide detectives, and everyone who reviewed all the evidence agreed that Gardner shot Scurlock in self-defense. “The actions of the bar owner were justified.”

But Kleine quickly reversed course and requested a grand jury and special prosecutor to review the case, stating that he hoped it would restore public faith in the justice system.

This past Tuesday, special prosecutor Frederick Franklin had announced that the grand jury had reached a decision and charged Gardner with four counts: manslaughter, attempted first-degree assault, terroristic threats, and use of a firearm in connection with a felony.

At a news conference, Franklin admitted to drawing the same conclusion as Kleine initially determined until gaining facts about the case.

“But I can tell you that there is evidence that undermines that,” he said. “[And] that evidence comes primarily from Jake Gardner himself.”

According to KETV, Franklin stated, “The grand jury returned an indictment today against Jake Gardner. They were able to able to get evidence into Mr. Gardner’s state of mind, as a part of what was presented to them through this investigation.”

“There was evidence that was gathered and presented to the grand jury about activity that Jake Gardner was engaged in prior to even coming in contact with James Scurlock,” he said. “Evidence to reasonably be construed as an intent to use a firearm for purposes of killing someone. You will want to know what it is, and I can’t tell you about it. But what I can tell you is that that evidence comes primarily from Jake Gardner himself.”

State Sen. Justin Wayne, who is representing the Scurlock family, told reporters that the indictment is something to appreciate rather than celebrate.

Wayne also said the process still has “a long way to go.”

The 12 Most Underrated Places to Visit in France

Why Virtual Advisors are The New Normal