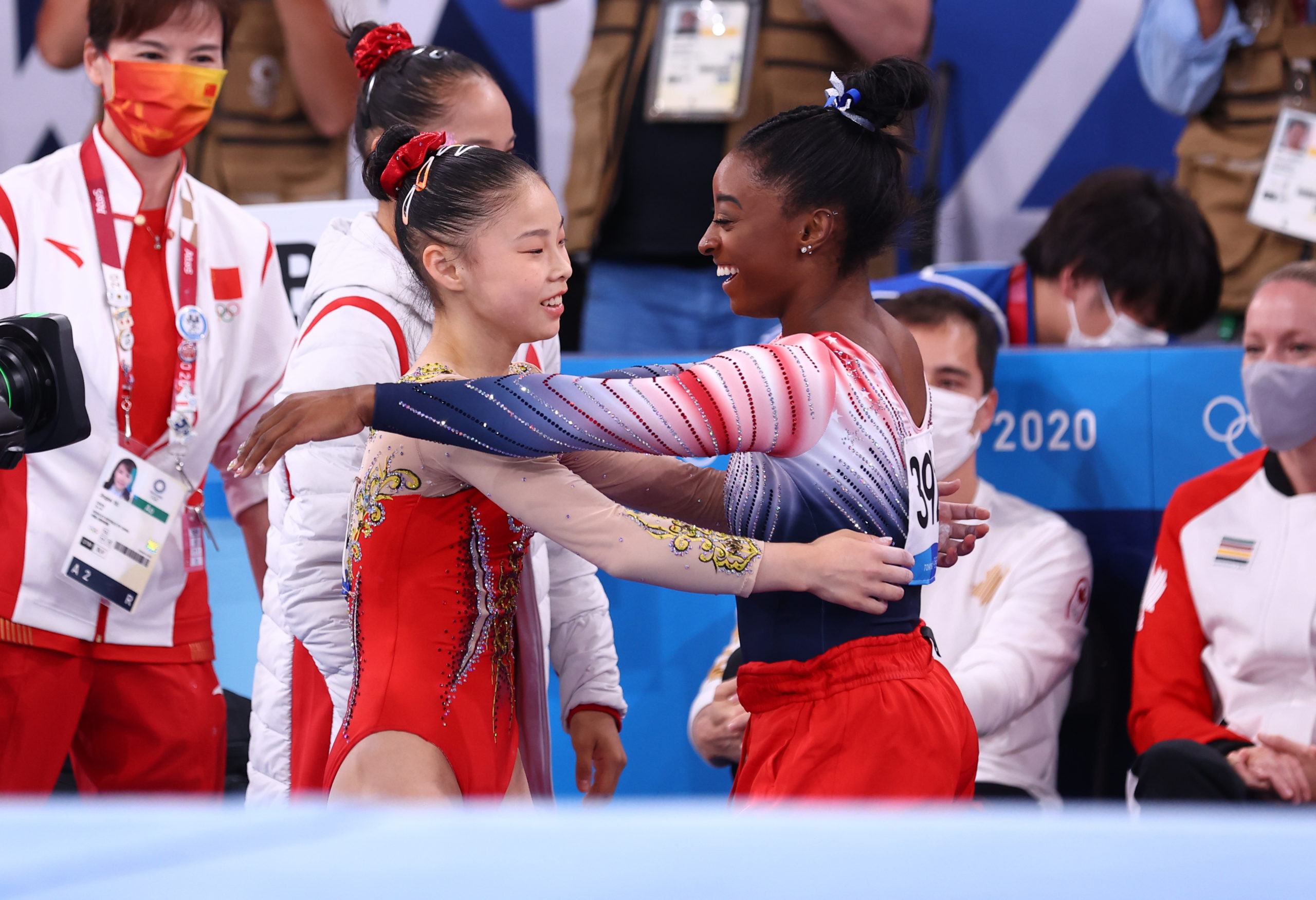 TOKYO (Reuters) – Simone Biles made a fearless return to competition on Tuesday, capping a tumultuous Tokyo Games with a bronze medal on the balance beam.

The final gold of the women’s artistic gymnastics program would go to China’s Guan Chenchen with a score of 14.633 and the silver to her compatriot Tang Xijing but it was Biles who grabbed the spotlight by courageously returning to competition.

Biles, three times a world champion on the beam, finished with bronze but it was considered a victory after a dramatic Tokyo Games in which she abruptly dropped out of the team competition last Tuesday after performing just one vault citing mental health issues.

The 24-year-old came to Tokyo eyeing a record haul of six golds, which would have made her the most successful female Olympian of all-time across any sport, but instead suffered a crisis of confidence that led to her withdrawing from the all-around, vault, asymmetric bars and floor exercise finals.

Biles, winner of four gold medals at the 2016 Rio Olympics, explained later she was dealing with the “twisties” — a type of mental block where gymnasts are disoriented during their gravity-defying sequences.

If there was any lingering apprehension or pressure, it did not show as a relaxed Biles blew kisses to the television cameras as she entered the arena for her final shot at a medal.

Study shows which messengers leak your data, drain your battery, and more

5 Keys to Success for Market Research

Bots vs Bodies: Are Singaporeans Ready to Go Fully Digital for...