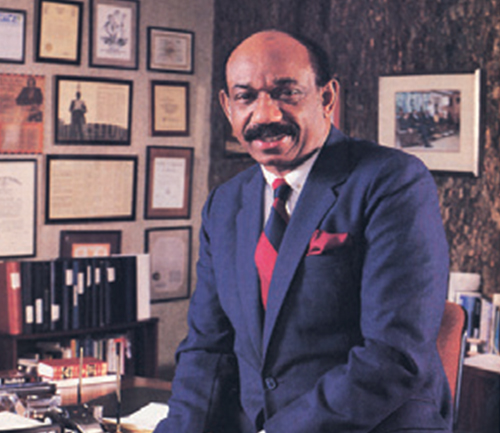 A perennial member of an exclusive group of iconic BE 100s CEOs, the late Russell forged a legacy as an accomplished businessman and mentor who inspired several generations of leaders in commerce, politics, education, and corporate America. He rose above both societal barriers and personal disadvantages– including a lifelong speech impediment–as he pursued entrepreneurial success. Publisher Graves wrote that “If the late, legendary Mayor Maynard H. Jackson was the prime architect of ‘New South’ Atlanta, Russell was its master builder.” In developing the nation’s
largest Black-owned construction firm, he changed the skylines of American cities
and international hubs and opened doors for African Americans in general contracting,
real estate management, and airport concessions.

Top 7 Airbnbs in Malibu, California For Every Budget and Style

Why we could see even less of Prince George following England’s defeat in the...

‘The Story Of Hip-Hop’ Will Be Told By Chuck D

More sadness for the Queen as Windsor Castle is struck with...

Number 10 apologises to Queen for holding two parties the night...

Wanda Young of Motown’s Legendary Group The Marvelettes, Dies At 78