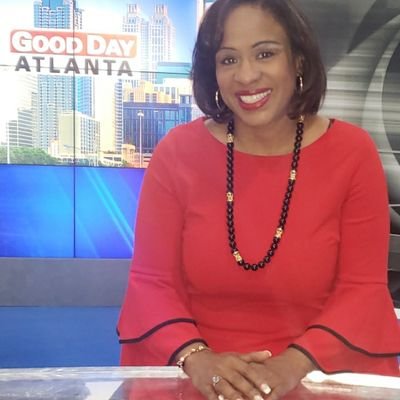 Atlanta anchor Aungelique Proctor has revealed that she was diagnosed with a rare form of stomach cancer earlier this fall, but her doctor believes her chances of making a full recovery are strong.

The 25-year Fox 5 Atlanta veteran shared the news during an interview with the station, after taking a hiatus at the end of the summer. Proctor says that after getting her three daughters off to college, she decided to take some time to figure out why she hadn’t been feeling her best.

“I said, ‘Now it’s time for me to focus on me,” she recounts. “And I started calling doctors to get checked out because my tummy didn’t feel right and I was tired. I didn’t have much energy to even walk up the steps.”

After eliminating the possibility of issues with her thyroid and her heart, doctors checked her blood and discovered an alarmingly low hemoglobin level, which usually indicates internal bleeding. She was instructed to go directly to the ER.

Further testing showed that Proctor had bleeding ulcers on top of a gastrointestinal stromal tumor or GIST.

The stage 2 cancer diagnosis came as a surprise to Proctor, who leads an active lifestyle.

“It was absolutely shocking when they gave me the news because I had been so healthy,” she explains. “I run the Peachtree [Road Race]. I exercise. I eat pretty healthfully.”

Proctor is being treated with two different medications meant to shrink the tumor, so as to allow for a less invasive removal surgery next summer. In the meantime, she’s been encouraged to return to work by her medical team, who told her that patients who maintain as much normalcy as possible during treatment tend to do better.

As a journalist, she feels it’s important to be transparent about what she and her family are dealing with.

“By me sharing my cancer story, it might help someone else to remove the stigma of, ‘This is something we shouldn’t talk about. This is something you fight quietly in the dark alone,’” she says. “I plan to fight in the open, and if it’s God’s will, I will win.”

The Ins and Outs of Facebook Fundraising: A Complete Guide

Irate ‘Airplane Karen’ Compared Herself to Rosa Parks Before Striking Passenger On a Delta...

What Is The Significance Of An Influencer Marketing Agency For Your...