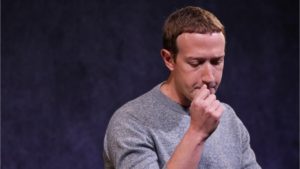 Since the 2016 election, Facebook has been accused of spreading more fake news than any other social media network with many accusing tech billionaire Mark Zuckerberg of allowing right-wing propaganda to spread across the website.

In an interview with Axios, Zuckerberg argues that it’s “just wrong” to call Facebook a right-wing echo chamber for the far-right even though data collected by his own website says otherwise. According to the @FacebookTop10 Twitter account run by New York Times tech journalist Kevin Roose, the top-performing link posts in the last 24 hours on the network came from mostly right-wing pages like Ben Shapiro and Dan Bongino.

The top-performing link posts by U.S. Facebook pages in the last 24 hours are from:

“It’s true that partisan content often has kind of a higher [percentage] of people … engaging with it, commenting on it, liking it,” Zuckerberg said. “But I think it’s important to differentiate that from, broadly, what people are seeing and reading and learning about our service.”

Mark Zuckerberg tells #AxiosOnHBO that he doesn’t think Facebook is a “right-wing echo chamber”: “[Some users] now are able to find voices and follow them that resonate more with their life experience. It’s not clear to me that that’s a bad thing.” pic.twitter.com/ggosDib9i0

Zuckerberg also went on to say that he does regret not properly explaining their free speech ideals from the start and witnessing how it has been manipulated on social media. “I just wish that I’d spent more time earlier on communicating about what our principles are and what we stand for—you know, things like free expression and voice and that we’re going to defend those,” he said.

“Now a lot of people look at us and they see this as a successful company. With a lot of money. And it’s a little hard now, I think, for us to go back and talk about our principles and have people see the principles for anything but, you know, some talking points.”

This Black Woman Raised $600,000 For Her Education; Now She’s Investing In More Women

BTC analysis for November 04,.2020 – Drift pattern in creation and potential for the downside swing to develop

Citi Commits Over $1 Billion to Reduce Racial Wealth Gap and...