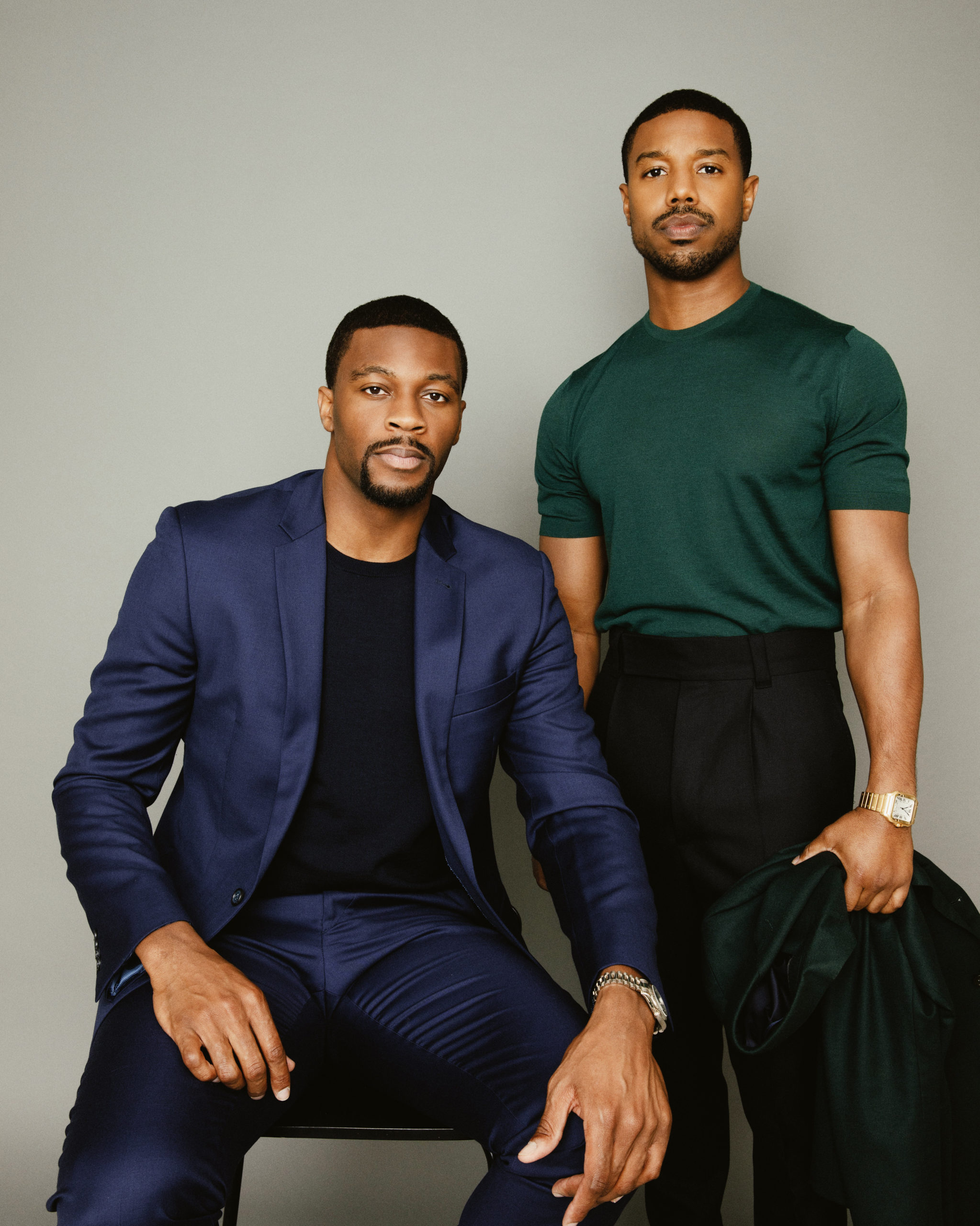 In addition to filming, producing, and promoting blockbuster movies over the past few years, Michael B. Jordan has been quietly building a marketing agency to foster more inclusive storytelling for global brands.

On Wednesday, the Without Remorse star announced that he and marketing executive and Nike veteran Chad Easterling co-founded Obsidianworks, a “culture-powered marketing agency,” in November 2020. Together, the two friends have been consulting with clients like Coach, Amazon, Piaget, and the Academy of Motion Picture Arts and Sciences since 2018. However, rather than pushing a big rollout for their new company, Jordan says he’s been focused on doing the work to help brands reach and represent diverse audiences.

“Chad and I have been building the foundation for Obisidianworks for years, and I’m thrilled to be finally taking this venture to the next level,” said Jordan, who serves as executive chairman of Obsidianworks, in a statement.

Jordan’s ultimate goal for launching a full-service Black-owned and led marketing agency is to provide multicultural audiences with authentic representation and further bridge the gap between companies and consumers of color through storytelling and campaigns.

“We created Obsidianworks to offer ambitious brands something new, brave and different. An agency that reflects the diverse community that we belong to, and reminds the industry that ‘multicultural marketing’ is mainstream marketing,” said Easterling, who serves as CEO of Obsidianworks.

In an exclusive interview with BLACK ENTERPRISE, Jordan says his motivation for creating Obisidianworks stems from “growing up in the industry, not seeing any people that look like me in certain positions of power.”

Today, however, the actor says brands have more “self-awareness” while consumers are starting “to realize that their voice means something, and they can demand that respect. They understand the power that they have.”

Jordan also revealed Wednesday that 160over90, a global marketing agency owned by entertainment and sports conglomerate Endeavor, has made a strategic investment in and partnered with his new company. (Terms of the deal were not disclosed.)

In a statement, 160over90 president Ed Horne praised Jordan and Easterling as “multihyphenates with vision, passion and courage. They know what it takes to capture — and keep — attention.”

According to Horne, “brands can no longer sit on the sidelines” when it comes to cultural issues, he told BE. “Brands now need to be aligned with the consumers they’re trying to reach, their values, their beliefs, [and] what their expectations are.” He added that the alliance between 160oveer90 and Obisidianworks serves as an opportunity “to help show brands how to properly talk to communities that they haven’t always done the best job talking to.”

The announcement falls in line with Jordan’s commitment to use his Hollywood platform to create social change. In 2016, he founded Outlier Society, one of the first production companies to adopt an “inclusion rider” to pressure movie producers into hiring a diverse cast and crew. The Black Panther star also partnered with Color of Change to launch the #ChangeHollywood initiative to fight racist, exploitative practices in the industry. The 34-year-old actor says his latest endeavor is a “natural progression” in his push for equity in Hollywood.

“Instead of complaining about situations that we’re in, we’re actually trying to be a part of the solution,” he told BE. “In a couple of years from now, we’ll look up and things will be a little bit better.”

Man Spat, Wielded Knife At 4-Year-Old Girl And Her Father Who Asked Him To Stop Smoking Marijuana

Rooted in Raleigh: How This Small, Urban Farm is Making a...

Back to School Tips for Online Learning Success

CareShield Life Supplement: What We Like About Aviva’s MyLongTermCare Plans

Meet The Woman Bringing African Designers To The Forefront