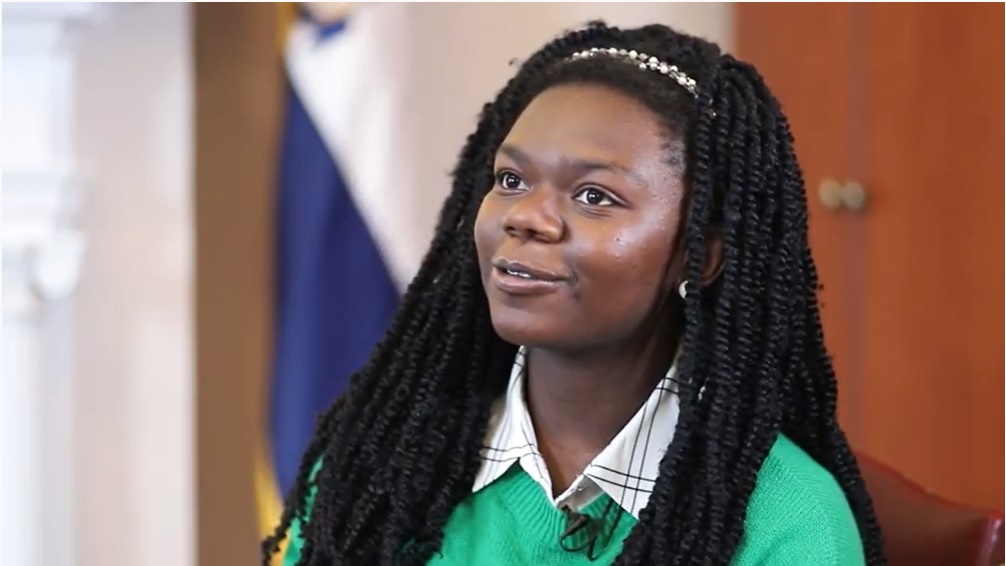 Onovu Otitigbe-Dangerfield, who overcame self-doubt to become the first Black valedictorian at Albany High School, will be attending Harvard University in the fall.

As BLACK ENTERPRISE previously reported, Otitigbe-Dangerfield broke a barrier and became the first Black valedictorian in the school’s history. Her passion to become a biomedical engineer and neuroscientist on the pre-med track is now one step away as she heads to Harvard, PEOPLE reports.

“I had a very strong foundation [growing up] of watching Black men and women who were academically excellent succeed in whatever field they were passionate about,” Otitigbe-Dangerfield told PEOPLE. “So I never had a question in my mind that it was possible for me.”

The 18-year-old graduated from AHS at the top of her class, with a perfect 4.0 GPA.

The experience of going to Harvard, she admits, overwhelms her as she describes it as an out-of-body experience. However, she said that she has the right support system, like her mother Jessica Otitigbe-Dangerfield, who is a 1992 alumna at AHS.

“She was always curious,” Jessica , 47, said. “As a young child, she was always asking questions, wanting to figure out how things are working.”

Even though Otitigbe-Dangerfield might have earned good grades, she developed a self-doubting personality better known as imposter syndrome.

“I wasn’t naturally able to get 100s in classes. It was a lot of staying after school with a teacher to figure out what I’m not getting… and tapping into a network outside of school, like my uncle and aunts who are engineers,” she said. “I struggled with insecurity, especially stuff like imposter syndrome.”

“What came naturally was learning how to advocate for myself and also being able to develop relationships with people who would advocate for me,” she said. “I’m fortunate I grew up where a lot of people saw my potential and never let me give up.”

Kerry Washington Opens Up About Her Fears As A Black Mother

11 Tips for Creating Work/Life Balance in the Virtual Workplace

The Crown season 5: Sneak peek of Imelda Staunton on set as the Queen...

Game Changers: 8 Black Apps and Developers You Should Know #NationalBlackBusinessMonth

Chicago Woman Dies in Police Shootout After Getting Upset Over Drive-Thru...