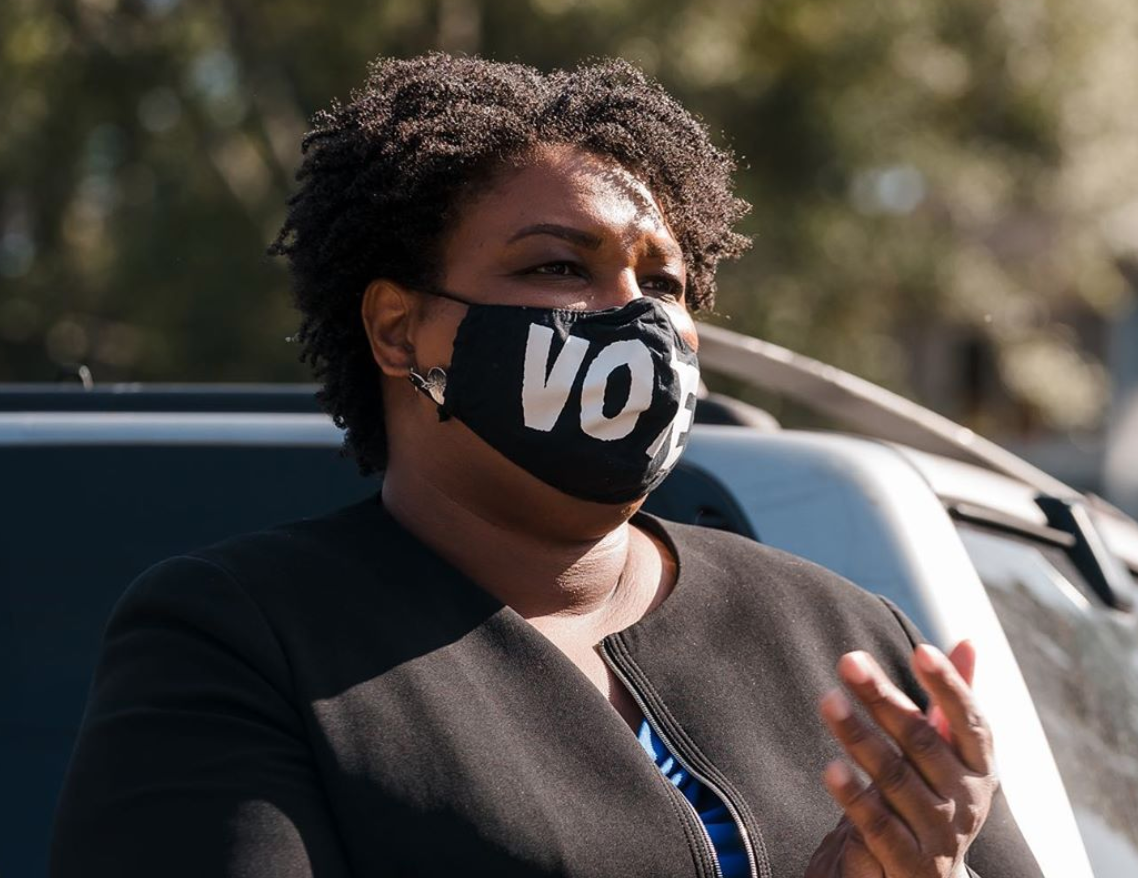 The power of books can subconsciously influence how things are perceived in real life. Stacey Abrams’ new novel While Justice Sleeps may be a good example of this. In Style reports that the former tax lawyer–turned–voting-rights-activist has been heralded as a symbol and savior of democracy. Even while penning a thriller, Abrams’s real-life theme of trusting Black women rises from the pages of the fictional book. In an interview, Abrams told In Style that the world isn’t fair yet.

“My mom was a librarian; my dad was a shipyard worker. They were both civil rights activists as teenagers,” Abrams said during the interview. “Particularly for me, knowing where I started and where I am now, I’m blessed to have what I have. I’m responsible for making certain that more people have access to their full potential. If you see something and know how to make it better, then that’s what you should be doing. That’s what I do.”

According to The Grio, when the book’s Supreme Court Justice Howard Wynn slipped into a coma, it propelled the court into limbo. A constitutional crisis placed his law clerk at the political storm’s center. Wynn’s young, African American, female law clerk is picked to be his custodian.

“All of a sudden, an unassuming person from the wrong side of every town she’s lived in holds one of the most powerful positions in the country by proxy. In a way, this whole, sometimes convoluted plot is a play on the mantra of “trust Black women” — a Supreme Court justice trusting/burdening one Black woman who works for him to save his life and in doing so save the day for many others. And how the country may say trust Black women but Avery’s experience with that idea exposes it to be a farce,” The Grio reported.

Much like the plot in While Justice Sleeps, Abrams has done heavy lifting work to help save justice, even when having the guts to fight in justice’s name invited attacks. The Daily Wire said that the failed Georgia gubernatorial candidate spread misinformation about the state’s new voting reform law. Is truth and fiction completely separate?

The Grio also said that Wynn is counting on Avery to complete an investigation by someone he deems as a smart girl who is also “preoccupied with proving herself.”

Abrams’ own journey may echo similar elements of her thriller. One Amazon purchaser who read the author’s book tied in Abram’s real-life work with the legal thriller.

“Her use of fiction to comment on abuses of power by a man sitting in the Oval Office made this blue stater chuckle a bit, too. For all of us who were already her fans because of her great work turning Georgia blue, this novel only adds to all the reasons I admire her,” the reviewer said.

Family and Friends Honor DMX During ‘Celebration of Life’ Memorial

Gayle King Is a Grandmom For The First Time After Her...

Prince George made a ‘grown up’ change ahead of 8th birthday...

BET Network Joins Forces With The National Urban League, Others To...

Watch: Warren Snipe’s ASL Performance Stole The Show At This...