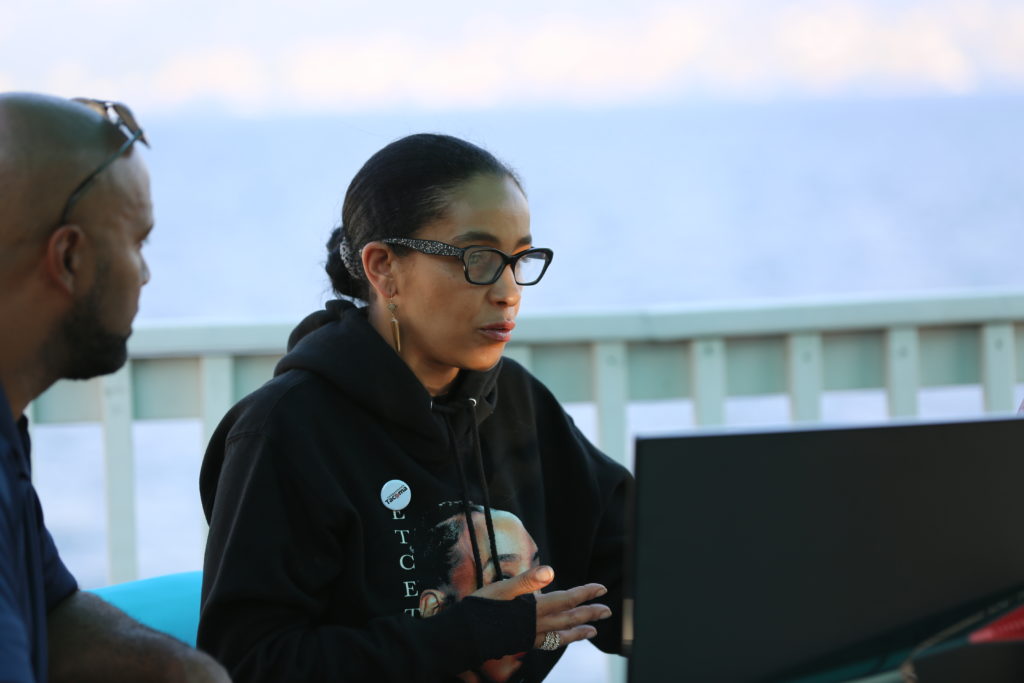 Even after building multiple businesses, generating millions of dollars for brands, and launching a $25 million venture capital firm, nothing compares to Monique Idlett-Mosley’s latest venture: creating a $1 million dollar company in 90 days in a foreign city without her contacts, wealth, or identity. As if the undertaking wasn’t daunting enough, she accepted this challenge in the middle of the pandemic.

Up For The Challenge

Known for her business prowess as an entrepreneur, investor, and entertainment executive, Idlett-Mosley has overcome a number of hurdles throughout her journey. She pulled herself out of poverty, finished college despite having her first child at 18 years old, and rebounded from a public divorce from mega music producer Tim “Timbaland” Mosley.

Nevertheless, conquering those trials is what gave the Miami-based philanthropist the fuel to compete on “Undercover Billionaire,” a reality series on The Discovery Channel that challenges successful entrepreneurs to build a business under a fake alias with just $100 and an old vehicle.

“I’m going into uncharted territory, but I’m definitely not afraid of adversity. I think my whole life has been adversity,” says Idlett-Mosley in a promotional clip for the show.

Drive, tenacity, and gumption is also what led Idlett-Mosley to launch her career as an advertising executive when she was just 22 years old at USA Today, becoming both the youngest and first-ever African American woman senior executive at the publication. During her seven-year stint, she created a marketing agency representing clients like Kanye West, Verizon, and T.I. In 2006, she helped her ex-husband launch Mosley Brands and the Mosley Music Group (MMG) record label, serving as the CEO of both companies and managing artists like One Republic, Nelly Furtado, and Chris Cornell.  Her career path took another major turn in 2017 when she and angel investor Erica Duignan Minnihan co-founded Reign Ventures, an early-stage investment firm that focuses on women- and minority-led startups. Needless to say, Idlett-Mosley was never one to back away from a challenge.

In the first episode, Idlett-Mosley is whisked away from her lavish lifestyle and dropped in Tacoma, a mid-sized urban port city in Washington, 32 miles southwest of Seattle. Shortly after arriving, she meets a local Black pastor who pays for her to sleep in a hotel for three nights. In exchange, she volunteers at his church and seizes the opportunity to question parishioners about Tacoma and key players in the city. She quickly builds relationships with the movers-and-shakers as she cultivates a business plan to open a green juice shop. According to Idlett-Mosley, the biggest challenges she faced was being away from her family and maintaining a false identity.

“Outside of stepping away from my children and the day-to-day of taking care of my family, the hardest part of this was being true to Tacoma,” she told BLACK ENTERPRISE. “The hardest part was lying to people.”

The business mogul says she felt the impact of being separated from her family instantly.

“I actually have never lived by myself before. I was a mom at 18, and so I’ve always taken care of people. And this was the first time ever in my life as an as a young adult to adulthood, that I actually came home by myself,” she says. “It was really hard at first. That first night, I cried.”

Although the circumstances were tough, Idlett-Mosley refused to give up. Not only was she personally committed to completing the mission at hand, but she knew that the stakes were higher for her as the only Black woman and person of color on the show.

“Not finishing this is not even an option. I thought about every single woman, every Black woman, every woman of color,” she said. “We can’t be what we don’t see.”

Vulnerability Is An Asset

In addition to her supreme networking skills, Idlett-Mosley says she tapped into the power of vulnerability, describing it as one of her biggest assets on the show.

“Women, and in particular Black women, we have been taught that we have to mimic the behavior of an alpha male — in particular, a Caucasian alpha male,” she said. “As women, we can’t cry, we can’t do this, we can’t do that. The reality is that in business, and in life personally, you have to allow people to know what you need. And how do you tell people what you need without being vulnerable? I had to learn quickly that I can’t be embarrassed by these circumstances. This is real life for so many people every single day,” she added. “We all have obstacles in our life, but be vulnerable with your journey. It’s okay.”

Along with Idlett-Mosely, season 2 of “Undercover Billionaire” follows Grant Cardone, a real estate investor, international motivational speaker, and best-selling author, as well as Elaine Culotti, a real estate developer, interior designer, builder, and the founder of House of Rock as they try to build a thriving business in separate cities.

Success is a Mindset

Episode 2 of the new season airs Wednesday, giving viewers the opportunity to see Idlett-Mosley put her business plan into action. Although she had no previous experience in the food industry, she was confident about opening a healthy food shop in Tacoma that sells juices and immunity shots.

“Success is a mindset,” she told BE. “You have to be able to see yourself successful [and] see your business successful before it actually is,” she said. “Before you can even have a revenue dollar, if you shift your mindset, your company is already going to win.”

Season 2 of ‘Undercover Billionaire’ airs on Discovery Wednesdays at 8 p.m. ET/PT and is currently streaming on Discovery+.

Michael B. Jordan Teams Up With WELL Institute For New COVID-19 Safety Ratings For Shared Spaces

Analysis and forecast for USD/CAD on September 10, 2020