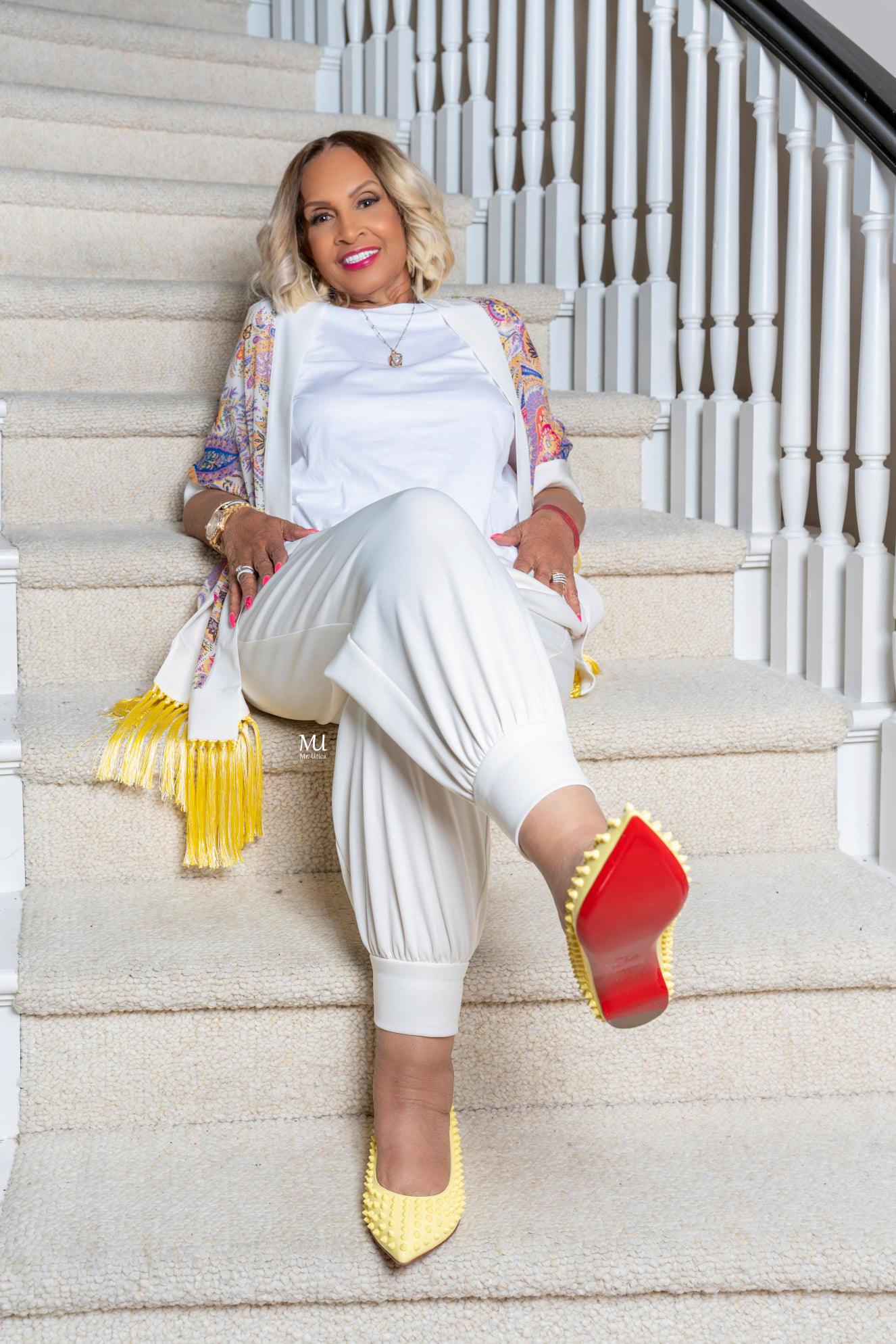 Ms. Robbie is out here to tell y’all that age ain’t nothing but a number for real.

Robbie Montgomery, affectionately known as Ms. Robbie, gained fans and a wide audience as the star of OWN’s hit reality show, Welcome to Sweetie Pie’s, showcasing the everyday happenings in balancing life with her family and her soul food restaurant.

As of late, it seems like she’s been on the low, out of the public eye since her show was canceled by OWN. But Ms. Robbie in fact has been pursuing her singing career and she looks like she’s been living it up and rolling back the time, rolling on the river or something!

(Who caught that reference to her days as a backup singer for the incomparable Tina Turner?)

Photographer D Gaines Utica posted some snaps of 81-year-old Ms. Robbie looking STUNNING and stuntin’ in some gear that certainly looks like she’s turned back the hands of time because 81 where?

In one pic Ms. Robbie’s got on fishnets and yet another she’s decked out in camo with gold tresses and a Gucci bag, looking like she’s ready for war — with no one because she’s apparently in her happy place.

The former Ikette is a sassy, clever and about-her-business entrepreneur who knows more than a thing or two about striving and thriving in a tough restaurant industry (where 30% of new restaurants fail in the first year.)

Ms. Robbie is certainly feeling herself in this pics.

In a previous interview with BLACK ENTERPRISE she shared how hard it is for a woman to gain respect in the restaurant business, something she has certainly done and it shows.

“Being a woman, many may feel that we don’t know about business, but we know within ourselves that we are equal. As women we have to step up and show people that we’re just as qualified to run a business… to run a restaurant. We’ve always been financial experts—we ran the house, whether the man brought the money home, or there was enough or not, we managed it. Those are our survival skills as women and we do know just as much as everyone else.”

The Only Way Forward Is Together!

Jacob Blake is Suing Officer Who Shot and Paralyzed Him, Endangered His Sons

The Value of an Amazon Consultant for Brand Owners

The Queen’s recent ‘risky’ outing sparks fear amongst fans as they...

Meghan Markle hinted she was prepared to break free from the...