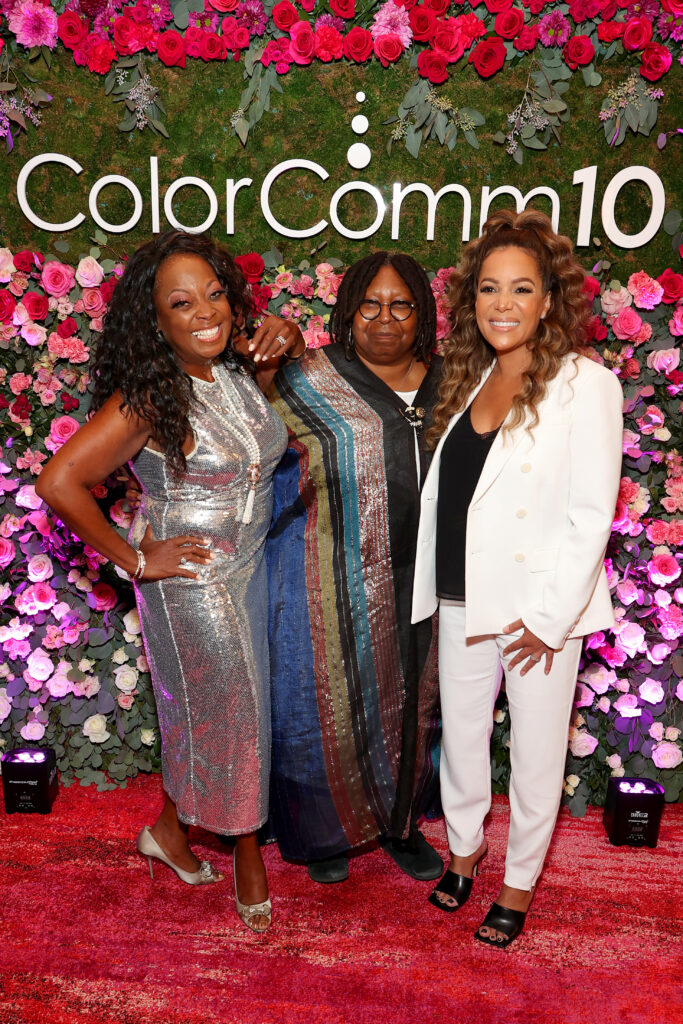 ColorComm, which was founded in 2011 as a business community to support women of color in communications, celebrated its 10th anniversary last week—and it brought out the big guns.

Some of the most powerful Black women in the industry gathered at Michelin-starred restaurant DANIEL in New York City to reconnect and rededicate themselves to supporting each other, while enjoying a three-course lunch and a program of inspirational remarks from their fellow sisters in business.

“I started ColorComm over lunch,” said founder Lauren Wesley Wilson. “I was working at a publicly traded company where I didn’t see any persons of color in leadership. I was 25 years old, and I was wondering how I was going to advance if I didn’t see people who look like me.”

“Women who had never met before ColorComm were all of a sudden becoming best friends, they were doing business together, they were getting each other jobs.”

More impressive than the star power was the caliber of behind-the-scenes power brokers that ColorComm counts among its membership.

“As I look around the room, and there are so many women here who are breaking their own glass ceilings, I’m wondering who else is running the world if we’re all here,” joked Rashida Jones, the first Black woman president of MSNBC.

Jones recognized her “colleague and sister friend” Kim Godwin, who made history when she was named president of ABC News, before praising the work ColorComm has done: “You guys have changed the landscape of the industry. You have allowed and empowered women to claim their spot at the table, a spot that they weren’t given, but that they’ve earned.”

The organization’s impact over the last decade was underscored throughout the event.

“We’ve heard it time and time again that companies don’t know where to find qualified multicultural talent to hire. ColorComm and your community of more than 100,000 professionals is part of the solution to the excuses. It’s showing the world the impact and reach women of color truly have,” said Roz Brewer, CEO of Walgreens Boots Alliance and one of just two Black women CEOs of Fortune 500 companies, who sent her congratulations via video message.

“Many of you in this room know that it gets lonely as you climb to the top,” former presidential advisor Valerie Jarrett said during impromptu remarks.

“It’s incumbent upon each of us to appreciate the fact that when we reach out to somebody else and say I see you, I feel you, I know you’re going through a tough day, it means something. To be in a room full of people who wish you the best is precious.”

Even Forever FLOTUS Michelle Obama wanted to congratulate ColorComm on its decade of success, sending a letter that read, in part: “ColorComm, at its core, is about a value that is near and dear to my heart: mentorship. Lauren and all the women in the ColorComm community recognize that when we make it in the world, we have an obligation to reach back and lift up the folks who will follow in our footsteps.

“I’m in awe of what you have accomplished so far. You’re empowering women of color to set agendas, ask for raises and promotions, and bring their authentic selves to the table. And in the process, you’re pushing us closer to a world where diversity and inclusion is not a box to be checked, but a genuine reality.”

Clutching Our 20 Pearls! AKA Member Calls Out Issa Rae For Including Official Logo on ‘Insecure’

Why are digital marketers and sellers all over influencer marketing stuff?

Hollie Rivers Regrets Not Getting COVID-19 Vaccine After Husband Passes Away, ‘Maybe, We Should...

ACLU Threatens To Sue Hawaiian School Board For Arrest of Disabled...

Adele One Night Only: How to watch Adele’s Oprah Winfrey Interview...

How Valerie Daniels-Carter, Part Owner of the Milwaukee Bucks, Built A...