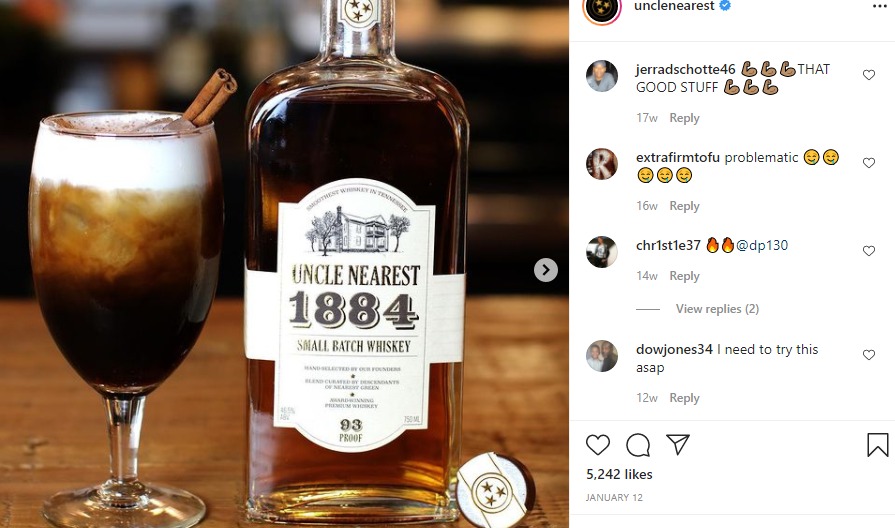 A $50 million fund has been created to invest in rapidly growing, minority-founded and -owned spirit brands by whiskey brand Uncle Nearest Premium Whiskey. The New York Times also reported that the Fawn Weaver- founded company is now the nation’s fastest-growing whiskey brand, according to the drinks-market analysis firm IWSR.

“It’s a testament not just to the quality, but also to the power of an inclusive brand with a compelling story,” The New York Times observed.

In Uncle Nearest Premium Whiskey’s press release, Weaver said her company’s funding announcement came on the 100th anniversary of the destruction of Black Wall Street. On June 1, 1921, an entire community of wealthy and successful African Americans was wiped out in a matter of hours.

“We are talking about 35 square blocks known as Black Wall Street,” Weaver added in the announcement. “As an African American, learning about that history broke my heart because we, as a people, were really onto something in Tulsa, Oklahoma. We were lifting one another up and creating wealth within our own community, and then showing others how to do it for themselves. We cannot go back and undo the past, but I do believe we have full power over our future, and that recreating a Black Wall Street of sorts within the spirits industry is a great place to start.”

The New York Times reported that the fund already has two investments lined up. One is a $2 million stake in Jack from Brooklyn and second a $2 million investment for Equaino Rum Co.

Although Black-owned spirits brands will be the first investment priority, the fund will consider any brand founded or led by a woman or a person of color. According to its Instagram account, the Uncle Nearest’s leadership team consists of all women.

According to the company’s website, the Uncle Nearest Venture Fund was created to invest in minority (BIPOC and women)-founded, -owned, and -led brands with the greatest potential to grow into long-standing legacy brands.

According to another Instagram post, Uncle Nearest Premium Whiskey is officially the best-selling African American owned and founded spirit brand of all time. Click here to learn more about the Fund.

The First Black, Woman-Owned Coffee Brand to Be Sold at Trader Joe’s

How To Create An Influencer Marketing Strategy

Spike Lee: Trump is ‘Laying the Groundwork to Say the Election...