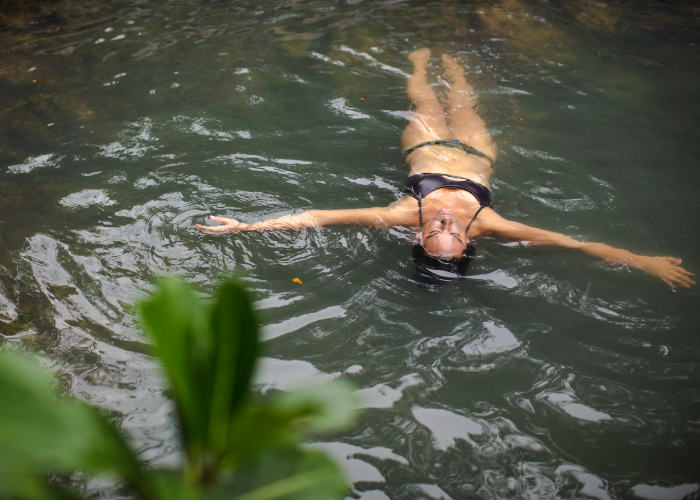 Foods to try: our top eats by destination

Part of the fun of landing in a new place is answering the question: what are you going to eat next? We’re here to get your mouth watering with a suggested bite (or beverage!) to seek out in locales like the Arabian desert, the geothermal landscapes of Iceland or while hanging with the marine creatures on the Galápagos Islands. Would you go for a salted spud or pull up to a corn beer bar? We’re excited for your taste buds already so here’s our list.

Where: Spain
Our tour suggestion: Hiking the Canary Islands: Tenerife, Anaga, and Beyond

Is there anything the humble potato can’t do? On the island of Tenerife, Canarian chefs turn small papas into tasty tapas by boiling them in sea salt water before roasting. The skins wrinkle up and crust over from the salt. All that’s left to do is slather them in mojo sauce, the unofficial condiment of the Canary Islands that comes in green (coriander and parsley) or red (red pepper and garlic). You’ll be tempted to recreate the dish at home but part of the magic comes from the flavour of the island’s taters grown in rich volcanic soil.

Imagine spending the day 4x4ing over the Arabian desert sands of Wadi Rum, and returning to sleep under the stars in a Bedouin camp. It sounds nothing less than magical and we bet you’ll be famished. Thanks to the legendary hospitality of your hosts, a traditional zarb awaits. Cooked underground in earth ovens, zarb is a meal akin to barbecue that slowly cooks meat and veggies. It’s a centuries old technique that protected the nomadic people’s meals from predators and vermin while they were out tending their herds. What’s even better? It continues to be delicious and is served with all kinds of yummy regional sides.

Let’s face it — if you’re hiking the Inca Trail, you’re going to work up a thirst. You’re in luck as one of the world’s oldest beverages awaits at roadside stands and local chicherias (corn beer bars) throughout the region. Dating back to the Inca Empire, Chica de Jora is a low alcohol brew made from the husky goodness of, you guessed it, fermented yellow corn. It was once consumed in sacred Inca rituals and remains a festive beverage for Peruvian people and visitors alike.

Our tour suggestion:
Amazon to the Andes

Given the sheer amount of marine life to gawk at in the Galápagos, it’s easy to see how the local cuisine gets overlooked. But it’s that same bounty of the sea that puts all kinds of fresh fish dishes with Ecuadorian flair on the table. Citrusy ceviche full of shrimp, squid, crab, octopus and island lobster is a given but encebollado is a local favourite. The sea-based soup topped with pickled onion is known as a hangover cure and usually features tuna and yucca. It’ll likely be served with plantain chips so you can scoop up every last bite.

Who doesn’t love just having fresh bread and butter for dinner? True to their resourceful nature, the Icelandic people figured out how to harness geothermal energy to bake tasty loaves underground. Dough gets poured into round pots or casks and then buried in hot earth to steam bake for 24 hours. The end result is a dark and dense rye bread that pairs nicely with the aforementioned butter, smoked salmon or smoked lamb. Yum! Dinner is served.

We’d be remiss if we didn’t mention tajine or mint tea as Moroccan must-haves, but there are so many other savoury eats to try. Called a salad but more like a dip for crusty bread, zaalouk combines aubergines and tomatoes with paprika, cumin and coriander. One special place to try this dish (or others like it) is at AFER homlunch in in the rural village of M’Haya. Local women prepare and serve up an authentic meal and use the proceeds to train and support rural women and children.

Our tour suggestion:
Highlights of Morocco

Get instant cashback when you cash in to PayMaya via Instapay!

5 Reasons Why You Should Bring Your Startup to Spain

What to eat during your period: 11 foods for period pains and cramp

CEOs Share How to Overcome Impostor Syndrome Through Faith and Action

Your realme TechLife: realme Pad, other products set to launch in...

Embarrassed to ask questions at the doctor? Three tips to open...

Puyat advocates for cultural and ecotourism in the new normal

The Year of Gastronomy in Spain