Brands seeking to activate at the Summer Olympic Games seemed to encounter more hurdles than a 100-meter race. First, organizers delayed the games by a year in deference to the COVID-19 pandemic (yet kept the name Tokyo 2020). Then they announced a ban on nearly all spectators. The result was a literal buzz kill. Longstanding international Olympics sponsors such as Visa and P&G scaled back or eliminated on-the-ground activations. Television ratings dropped as well.

Other brands maintained an Olympic presence but altered their playbooks by championing the athletes, creating virtual experiences, or activating in the U.S. Here’s a look at four Olympic campaigns that stood out.

Without fans, Samsung decided to focus on connecting with the athletes themselves. Located within the Tokyo 2020 Olympic and Paralympic Village, Samsung’s Galaxy Athlete Lounge invited Olympians to collect a special-edition Samsung Galaxy S21 5G phone with the Olympic rings and Paralympic agitos inscribed on the back.

The space—designed in keeping with Samsung’s overall aesthetic and brand guidelines—allowed them to interact with Samsung devices, encouraged them to create and share content, and offered real-time phone support.

While Samsung had a smaller on-the-ground footprint than at previous Olympics, it expanded its digital reach. New this year was the Samsung Galaxy Tokyo 2020 Media Center, a virtual experience that served as the center of all Samsung p.r. activities throughout Tokyo 2020. The brand used it to share news, showcase its Team Galaxy athletes, and give fans and media a virtual environment to explore with new content daily. 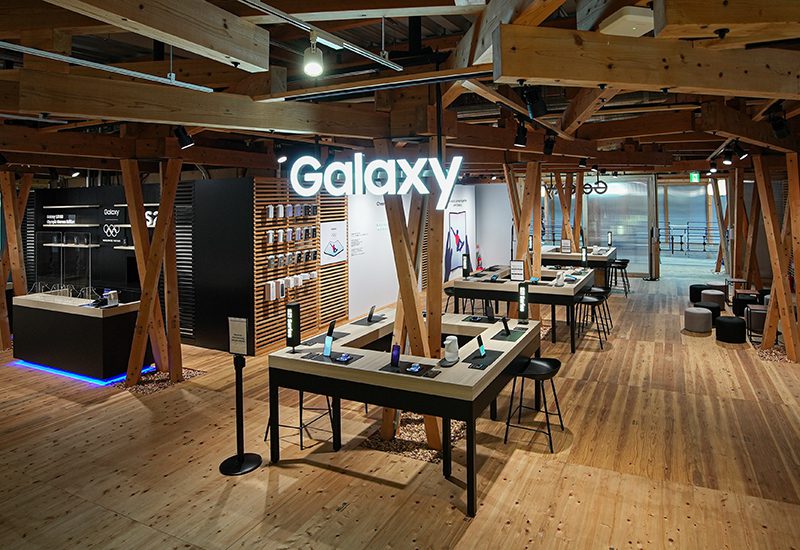 The immersive technology company co-hosted a watch party with the U.S. Olympic & Paralympic Committee at the brand’s Salt Lake City Experience Center. The purpose was to show off the company’s new 180-degree 8K LED dome. Spanning 20 meters in diameter, larger-than-life screens brought guests to the sidelines of a beach volleyball match and poolside during the women’s 800m freestyle final—with former Olympic champion Summer Sanders providing live commentary for the 150 guests.

With few spectators allowed at the Olympic venues, the pandemic proved the value of video. Cosm, which provides domes for planetariums and theme parks, sought to demonstrate the power of a larger-than-life screen.

“This is like being there,” says Cosm president and ceo Jeb Terry of the transportive setting. “You’re not looking up, you’re looking out, looking in.”

The watch party—with food trucks, balloons and other festive decor, and former Olympians Brandi Chastain, Dan Cnossen and David Boudia in addition to Sanders—represented an ideal opportunity for a public debut. 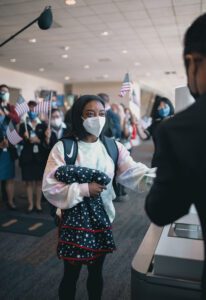 United hosted a send-off event for superstar Simone Biles and the women’s gymnastics team ahead of their departure from San Francisco to Tokyo. Biles, a United-sponsored athlete, posed in the cockpit and was given a blanket customized with her signature G.O.A.T. emblem for the 10-hour journey. United employees held signs of encouragement and waved flags as the team pushed back to head to Japan.

The automaker, which suspended advertising in Japan because of the unpopularity of the games locally, opted for a virtual experience. Its Good Luck Boulevard campaign asked consumers to upload images, video clips, and text messages that would appear on the screens on the athlete boulevard as the athletes prepared to compete.

The post No Spectators: How Four Brands Altered Their Game Plans for the Tokyo Olympics appeared first on Event Marketer.

The Influence of Live Streaming on Future Marketing

The Truth Dilemma: What to Do When Speakers Make Stuff Up

Calls For Don Lemon’s Firing From CNN Mount After Role in...

Ten Young, Black Influencers Between 8 And 30 Are Living In...

NJ Woman Sentenced to Almost 100 Years after Killing Her Lover...

Arabian Travel Market Swears by Live Events, But Won’t Give Up...

Future of Lodging Demonstrates How Events Have Evolved Post-Pandemic