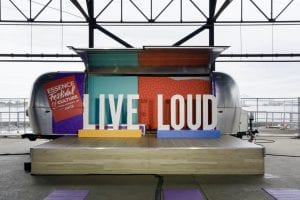 The Live Loud stage was used for demos and discussions for verticals on health and wellness, beauty and wealth and power.

Surprise content, concierge service and a sense of place and mission—these were among the elements that led to the success of the Essence Festival of Culture, which took place as a hybrid event over two weekends, June 25 to 27 and July 2 to 4.

The hybrid gathering combined elements of Essence magazine’s wildly popular in-person festival with the all-virtual version that it hosted in 2020. Although the festival had streamed content before, Carmen Jones, experiential director at Essence Communications, says this was its first true hybrid format (Mark Stephen Experiential Agency, New York City, handled). Staying virtual was not an option.

“First and foremost, I knew for a fact we had to be on the ground,” Jones says. “The question was how to do it safely. Others had been on the ground but nothing of our size.”

The Essence Fest planning team met with the New Orleans Mayor’s Office, the local health department and others on how to execute a safe event. One of the major changes was limiting the capacity and restricting it to local attendees instead of the tens of thousands of guests who typically travel in from around the world. The move recognized the importance of the local residents, including hospitality industry and other essential workers, who help pull off the mega event each year. “This was a really great thank-you to the people,” Jones says.

The in-person content included two nights of drive-ins, two outdoor concerts and programming on three additional stages in other parts of New Orleans. Tickets were free, but attendees had to volunteer with one of 18 partner charitable organizations on activities that helped the local community such as working in a garden, delivering food or helping the elderly.

Organizers also kept parts of the content a surprise. For example, guests came to the drive-in not knowing they would be watching the premiere of Mary J. Blige’s “My Life” documentary.

For more insight, we asked Jones to share her tips for a hosting a successful hybrid event program. 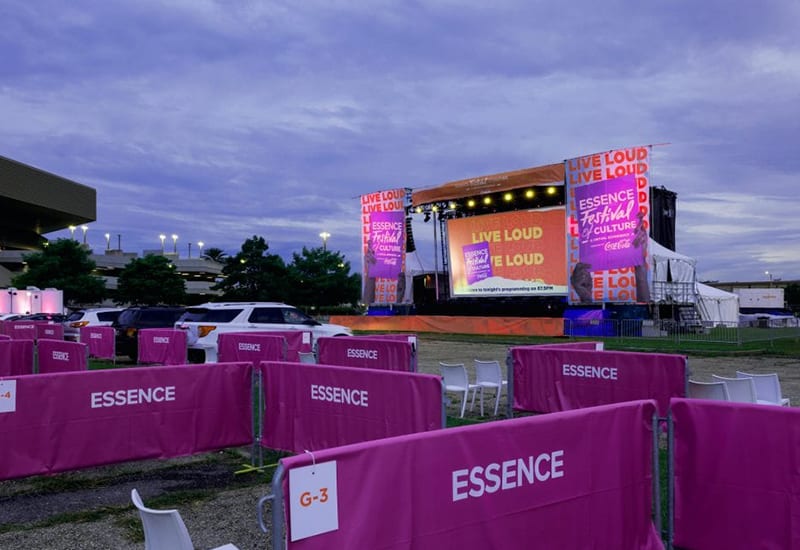 Outdoor concerts had socially-distanced seating with concierge service so guests didn’t have to leave their footprints.

Don’t let worries about attendance consume you, Jones says. Instead, develop a can’t-miss program that will naturally attract consumers. “There are a lot of people out there who want to come to events. You will never be short of an audience,” she says.

Essence organized virtual watch parties with as many as 20 people who would watch the content together in private or public rooms and chat with each other. Sponsors could host watch parties, as did Essence editors, who also popped into rooms for surprise visits. One family formed a watch party with people on three continents. Jones says the watch rooms added interactivity, recognizing that true hybrid events go beyond one-way streaming.

“You’re making the world smaller,” Jones says. “They were able to view the content together. Essence Festival is about the community. They don’t experience it by themselves, they experience it as a group. The watch parties let them experience it in the virtual world.”

Stay true to your roots.

Essence Fest typically stages a marketplace of Black- and Brown-owned businesses at the convention center. “The marketplace is one of the biggest elements of the festival on the ground. We had to find a way to integrate that in,” Jones says. This year, it became a virtual marketplace with 20 small businesses as well as booths for sponsors—all in a New Orleans-inspired cobblestone street with a central fountain, wrought-iron balconies, street lamps and a dj booth.

Essence’s on-the-ground production partner, Mark Stephen Experiential Agency, also designed the booths in the marketplace in collaboration with the vendors. For example, Ford Motor Company asked for a digital “she-shed.” The agency designed a footprint with details including cozy furniture, potted plants, exercise equipment, wall art featuring Black women as well as Ford vehicles, and warm architectural details. The Ford logo was cleverly integrated next to three buttons that users could click to learn more about Ford product and enter a giveaway.

Lean into your success.

Initially, the virtual Essence Fest marketplace was supposed to stay live through July 4. But steady traffic and positive feedback from the businesses prompted organizers to extend its online life to July 18. 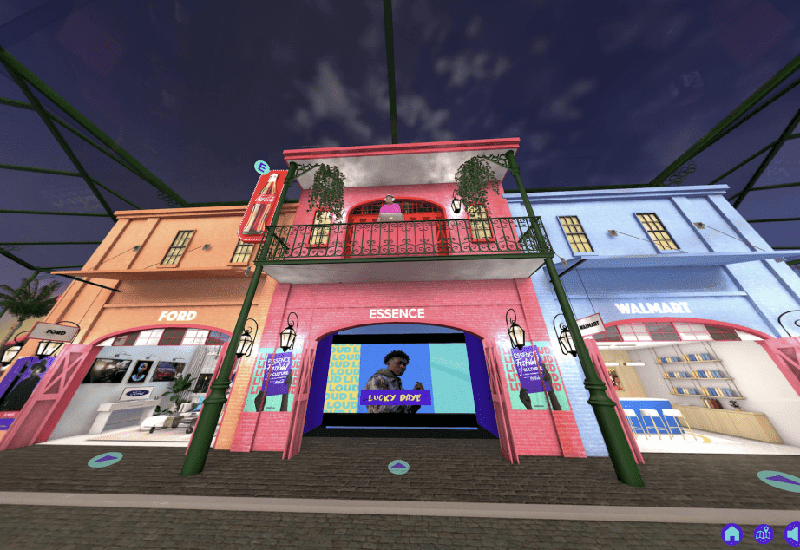 The virtual marketplace featured national sponsors as well as Black-owned small businesses. They were arranged along a New Orleans-style streetscape.

Essence created “best practice kits” with instructions on positioning themselves in front of the camera, setting up lighting, what kind of mic to use and testing the strength of the Wi-Fi. If the signal was weak in one part of the room, they had time to figure out where to move for a stronger signal. “It was a tool they could take away when they’re doing their next panel or conversation,” says Jones. “Many thanked us.”

Do your research on technology.

Essence went beyond Zoom but had to research streaming tools and platforms to see what worked best. The first step is determining the features that are most important for the experience. “Do you want to have a chat room? Interactivity with the screen? It’s really figuring out what you want to do and find the technology to match that,” Jones says. “It’s no longer about someone sitting and watching. It’s how you want your audience to engage with you.”

“People watch content in real time and they watch content later,” Jones says. “Having things on demand is really critical. They should be able to receive content at their leisure. That’s what hybrid allows you to do.”

“We knew we were going to over-deliver anything they were expecting,” Jones says of the in-person attendees. The festival designed a concierge-style service with staff on bicycles and tricycles bringing food, beverages and gift bags directly to attendees. The format allowed the event to stay socially distanced and wowed guests. “Most walked away with two to three bags of items,” says Jones. “Everybody had a VIP experience.”

Now that Essence Fest has seen the popularity and reach of its virtual content, Jones says future editions will continue to use a hybrid approach. “We understand that a lot of people can’t travel for whatever reason,” she says. “We know how many people globally want to digest this content and how much our content speaks to people.”

The post What We Learned About Hybrid Events From Two Weekends of Essence Fest appeared first on Event Marketer.

Introducing BitFans, a new platform for creators & brands to mint...

7 Fun Things to Do in Sarasota Florida for Your First...

How to Visit Coron, Palawan Under the New Normal

Four CEOs Speak On Racial Inequalities In Corporate America And How...

Survey: 53% of Black Business Owners’ Revenues Drop By Half Amid...

The Queen looks elegant in grey as she celebrates birthday at...

Biz Markie To Have Street Named After Him in Long Island

Goldman Sachs Will Support Black Women In STEM As Part Of...

Biz Markie To Have Street Named After Him in Long Island

Michael Jordan and Jordan Brand Donate $1 Million to Ida B....

How Do Influencer Marketing Agencies Work?