Amazon has slashed the price of a super cheap Dyson Airwrap dupe by 25% for Black Friday and Cyber Monday, meaning it’s over £400 less than the real deal.

In an incredible Black Friday 2021 and Cyber Monday sale, a Dyson Airwrap dupe has just gone on sale at Amazon, and it’s £15 cheaper than it was before.

The Dyson Airwrap is an incredible piece of technology but that £450 price tag is understandably steep for many. It’s a terrific buy, just like ghd’s Original Professional Ceramic Hair Straighteners and Gold New Max Professional Hair Straighteners, which are also on sale for 26% off during the Black Friday ghd straightener deals.

And while deals on the viral Revlon Blow Dry Brush are on offer right now, there’s another affordable hair tool that is definitely worth trying if you’ve had your eye on the pricey Dyson Airwrap for a while.

The Remington Curl & Straight Confidence Airstyler has been hailed as a much cheaper dupe for the Dyson Airwrap by beauty fans, thanks to its ability to dry and style, with a range of clever, changeable heads. 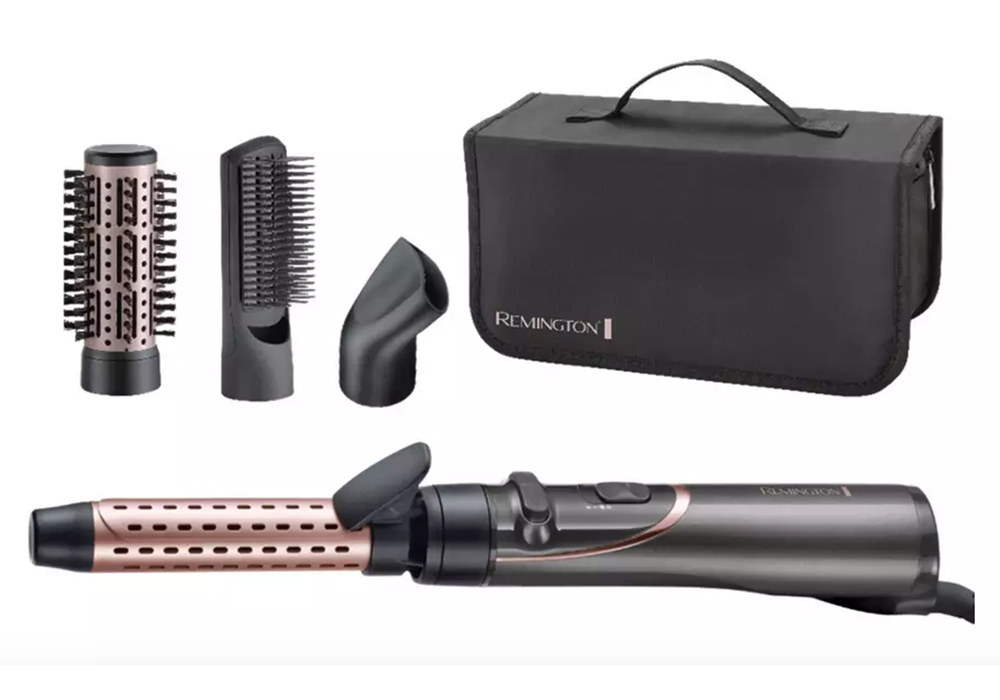 So, what makes this bargain Remington tool worth the investment?

First things first, the styler has a rotating head, making styling even easier, and comes with four different attachments. The 40mm round brush head is perfect for adding bounce and volume, while the rotating tong creates easy, loose curls.

There’s also a paddle brush attachment for effortless straightening, as well as a dryer attachment; think of it as getting four tools in one for only £44.99!

The styler has several other handy features: a 2.5m long cable that swivels for fuss-free use, conditioning technology to prevent frizz and a “curl release” button if you get into a tangle. It only heats to 90 degrees for gentle styling, as well as carrying a cool shot function that helps to set any style into place once you’re finished.

Lastly, you’ll also get a handy carry case to keep your styler and all of its attachments safe in one place. We told you, it really is a bargain.

The post This Dyson Airwrap dupe is £400 less than the real thing and is even cheaper for Cyber Monday appeared first on GoodtoKnow.

How to work with influencers — Cloudrovia

One Person Injured After Shooting at George Floyd Square On One-Year...

Learn The Language Of The Future With This Coding Bundle

I Write About America’s Absurd Health Care System. Then I Got...

Michael Jordan And Allen Iverson Among Investors In $46 Million Funding...